NewsPaperthe art of publishing
HomeNewsAction, not words, needed on this genocide of Christians
42

Action, not words, needed on this genocide of Christians

THE Bishop of Truro’s recently published report on the global persecution of Christians should be a wake-up call for the Foreign Office. It concludes that ‘the overwhelming majority (about 80 per cent) of persecuted religious believers are Christians’, and that the UK has failed to respond adequately.

Foreign Secretary Jeremy Hunt expressed his commitment to countering this profound global human rights violation but his first steps have already been in the wrong direction. Through the term ‘Christophobia’, he hopes to create awareness around the issue. Similar to ‘Islamophobia’, the word could create an inevitably broad term for anything from severe Christian persecution to ill-feeling or criticism towards Christians or even Christian teaching. This will achieve little and water down the realities of the global crisis at hand. Ultimately, it will not address the problem.

Truro’s report reveals a deep religious illiteracy and lack of concern for freedom of religion in British foreign policy. At the same time, the report clearly illustrates the intensity of Christian persecution. The scale of it is staggering.

ISIS terrorised Christians in Iraq through kidnappings, threats, enslavement, rape and executions, creating an exodus of over a million people. Boko Haram have committed similar atrocities in Nigeria and declared the removal of all Christians from the country. Both groups’ actions should be considered genocidal. Only ISIS has been recognised as such.

The UK’s commitment to Pakistan and China as economic partners shows little concern for the Christians in these countries. The report tells of blasphemy laws in Pakistan which lead to death-row cases such as that of Asia Bibi. In China, churches are demolished and the faithful are ‘re-educated’ at the hands of the state.

Instead of inventing a new ‘phobia’, the first step should be accepting, on a political level, that Christian persecution is a genuine problem and must be made a priority for the Foreign Office. To do so, Hunt needs to educate and train his civil servants to commit to freedom of religion as much as they do to other fundamental rights. A survey conducted amongst FCO staff while collecting evidence for the report revealed that there is ‘limited awareness’ (if any at all) of the Foreign Office’s own ‘Freedom of Religion or Belief Tool Kit’. Some simply did not respond to the survey or disregarded religious persecution as a real issue.

The report mentions that there seems to be a feeling of discomfort or embarrassment when addressing such topics. Despite toolkits being in place for promoting freedom of religion or belief, the FCO rarely acts on these in relation to Christian persecution. Bishop Truro calls it a ‘certain post-Christian bewilderment’ resulting from a generally a-religious attitude in British culture and politics. It leads to a ‘failure to grasp how for the vast majority of the world’s inhabitants faith is not only a primary marker of identity, but also a primary motivation for action (both for good or ill)’.

Creating a term such as ‘Christophobia’ will not solve the problem of Christian persecution. It is a profound injustice to reduce atrocities which culminate in genocide to a ‘phobia’. Educating Foreign Service staff on religious persecution takes more than creating a term to throw at its perpetrators. The FCO needs to be trained and equipped in monitoring, recognising, and countering religious persecution wherever they are stationed. This means learning about the religious make-up and history of countries and cultures and viewing religion as something that defines people and their decisions.

Labels like ‘Christophobia’ hinder open discussion and an honest exchange of ideas. They create a culture where things cannot be said – the very environment Hunt is trying to avoid when it comes to Christian persecution.

Rather, the FCO should use its international standing, its position in the UN Security Council, its unique network and influence through the Commonwealth, and its deep-rooted ability for genuine successful diplomacy to recognise and counter the global persecution of Christians. 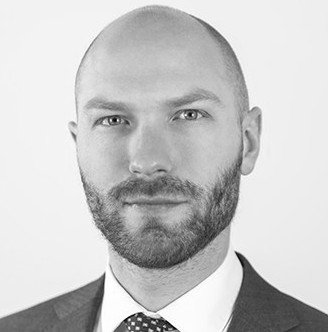