Active defiance is what’s needed to save us now 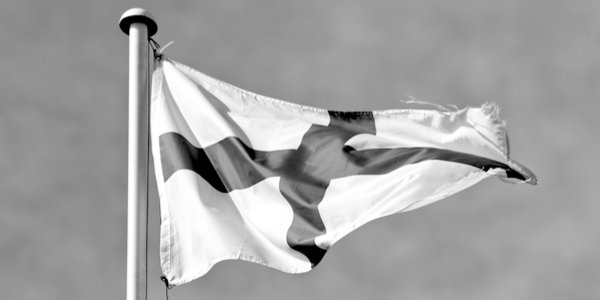 I HAVE just bought Douglas Murray’s new book The War on the West: How to Prevail in the Age of Unreason after reading a Sunday Times interview with its resurfaced author.

Its content has been well flagged – how Western civilisation and all its astonishing achievements in culture, science, medicine and free thinking are being erased from history as the product of ‘dead white males’.

The ‘racially offensive’ mural in Tate Britain’s restaurant which featured African child slaves is but one of many examples. Having taken it down under pressure from the thought police the museum has said it will be put back on display only when set into an ‘appropriate and inclusive context’.

Murray says he hopes his book will persuade us all to ‘have a reasonable attitude towards ourselves and our past’ so that we are ‘allowed to say and to celebrate things about ourselves that are good without being embarrassed about it’.

I was already doing that. That’s the easy part. This year, like many others I celebrated St George’s Day, despite the mainstream media’s urgings not to. Despite images of these festivities on social media such as people dressing up as knights, damsels and even dragons which so enraged the censors – Instagram threatened to ban one man for posting a picture of a flag of St George – there was never any threat of arrest, or even of social ostracism.

As important as active celebration is, active defiance is what’s needed to save us now. When I travelled to France over Easter, every single person on the Paris Metro (except me) wore a mask. On a visit to the American Cathedral for the Easter Sunday service, I was given a face-covering by the ushers who insisted it be worn at all times, only to be lifted momentarily to take the Communion wafer. I thought how odd it was that a country such as France whose history included a bloody revolution had ended up like this – muzzled. What had happened, I wondered, to the sense of defiance the French are so renowned for in their historical fights against oppression by their ruling elites?

The irony that the 18th century black Brazilian slave Escrava Anastacia was forced to wear a mask as a form of punishment is but one such to have escaped today’s mask-wearing decolonisers.

At least in parts of the United States the spirit of freedom seems to be prevailing. When mask mandates for public transport and air travel were finally struck down by a Florida-based Trump-appointed judge in April, cheering broke out on flights as passengers ripped off their face coverings. But even that was ex post facto. They did not rip them off at the time. Their West had still fallen for the Chinese ways and they had for two years complied with what had once been reserved for bank robbers and gossips (the ‘Scold’s Bridle’ was a 16th century contraption used to silence women). In fact in some warped minds the mask became so necessary an accoutrement – even fashion accessory – as to end up in short supply from panic buying. How quickly it turned into an oppressive virtue symbol of the supposed need for collective solidarity.

Ready compliance with mask mandates in the East can at least be understood as stemming from their historic lower prioritisation of civil liberties. But not in the West, even in Great Britain, a country which had the distinction of not surrendering in World War II to preserve the very freedoms today eroded in front of us through the machinations of the neo liberal-fascists’ cancellation of ‘harmful’ views.

Whether Douglas Murray addresses this aspect of saving the West I have yet to read. What is already clear is that it will take more than some local St George’s Day celebration to win the war that’s being waged against the West. Ripping off a face covering after it has been struck down by judicial decree shows no bravery, just relief. Only those who faced down and dared to defy the irrational mandates have acted as the defenders of the freedom they inherited, and provide the blueprint for the ongoing fight against cultural authoritarianism.

I wonder if Murray understands that it only by such confident defiance and non-co-operation, examples of which Frank Wright set out here a few days ago, we can secure people’s freedom in the West to hold a reasonable attitude to their past? In these times, unless people have the courage to stand up to laws that may carry the weight of enforcement but that contravene moral or ethical duties, neither fundamental human rights nor common sense or reason can prevail. Not being ‘too embarrassed to’ is not enough to win this war. What’s required of us extends far beyond daring to wear a fire-breathing dragon outfit.