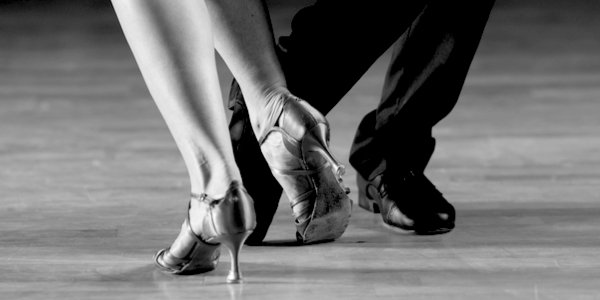 I’m puzzled that the BBC is doing so much to publicise the Strictly Come Dancing romp it unwittingly cultivated.

It’s been featured on all the Beeb’s news programmes.

Do you know, it’s almost as if they take delight in it.

There’s something iffy about that, surely!

To them, it’s a much bigger story than the aftermath of the Indonesian tsunami, the continuing knife crime epidemic and anything else going on in the world.

Well, when I say the BBC ‘unwittingly’ cultivated this affair, I’m not so sure.

Strictly Come Dancing seems to be designed as an infidelity incubator. They put people together in circumstances that are guaranteed to test any relationship.

As they well know from past experiences. If there’s one dance the BBC producers and publicists know really well, it’s the Two-Time.

One party grinds the hips forward. The other alerts the paparazzi.

Learning from past affairs, you’d think they would give contestants some sort of guidance or counselling against getting carried away.

Because the BBC is such a people-centric place with strong organisational values.

But no. In fact the opposite seems to have happened.

It’s almost as if they look at each crop of contestants and tip off the media about which are likely to generate some mutually beneficial publicity.

I bet you the BBC press officers have been walking on air these last few days. What a coup! Ratings a go-go! There’s a BAFTA in this one!

What’s happened to the BBC?

It used to entertain children with Andy Pandy. Now tea-time audiences are being seduced with Hanky-Panky.

All the TV channels do this with their ‘reality TV’ shows.

The reality being that if you force a man and a woman to spend all day locked in an embrace, spice with a salsa and then heat slowly over a tango, their feelings for each other might develop.