NewsPaperthe art of publishing
HomeNewsAdvisers instruct and May obeys
67

Advisers instruct and May obeys 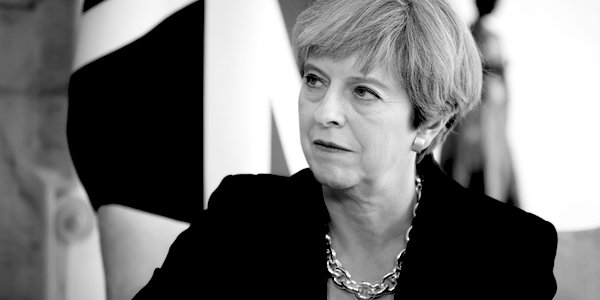 In Edwina Currie’s published diaries, John Major’s face ‘bears the imprint of whoever last sat on it’.  Given that pair’s extracurricular activities during the 1980s, this is imagery upon which not to dwell; however, in this instance Edwina’s allusion is to what even the non-judgmental Encyclopaedia Britannica calls Major’s ‘colourless and indecisive’ leadership,  and how readily he was manipulated when Prime Minister.

On September 16 1992, not only was the pound ignominiously withdrawn from the European Exchange Rate Mechanism, on that Black Wednesday John Major’s credibility as PM evaporated just months after his election victory. He spent the rest of his premiership reliant upon the continued patronage of Euro-fanatics Michael Heseltine and Ken Clarke. However, at least Major’s strings were pulled by other elected politicians who ultimately had to face voters, whereas Theresa May’s vacillations over Brexit have now fully exposed her as little more than a stooge for her unaccountable advisers.

Yet although it now seems hopelessly naïve ever to have thought so, during the first year of her premiership Theresa May did convey the impression of having been emboldened by the democratic instruction to leave the EU, a notable example being her attendance in the Lords, giving the skunk eye while peers debated whether she could trigger Article 50.

Admittedly her mantras such as Brexit-means-Brexit and no-deal-is-better-than-a-bad-deal carried little meat on the bone; also, it was negligent to have handed the initiative to the EU over the sequencing of talks and allowed Brussels to exaggerate the importance of the Irish border. Nevertheless, May’s Lancaster House speech in January 2017 promised a robust approach and contained negotiating objectives which continue to be referenced by such as Jacob Rees-Mogg. Made at a time when she looked confident and sounded authoritative, the direction of travel described in that speech was sufficiently bullish to reassure many Leave voters that, whatever else we thought of May, under her leadership the UK would indeed prise itself from the tentacles of the EU.

It was a misplaced confidence which, at the time, was widespread and even afflicted TCW  – especially when May unexpectedly called a general election, appearing to relish the prospect of a thumping Commons majority and the opportunity for her, as the Mail’s headline put it, to ‘Crush the saboteurs’.

Given her subsequent drift and dither, with hindsight May’s can-do attitude towards Brexit during that period must be attributed to her resolve being stiffened by joint chiefs of staff Fiona Hill and Nick Timothy. Whatever else were the faults of this pair, sacked for their parts in the lamentable election manifesto and disastrous campaign, in his role as a Telegraph columnist Timothy has continued to urge a resolute approach to negotiations, including a recent exhortation to ‘toughen up . . . the time for playing nice and being exploited is over’.

Unfortunately, as is now evident from the fait accompli presented at Chequers last week, far from toughening her negotiating stance, May’s current advisers had for months, and with her blessing, ‘blindsided’ the Secretary of State and his Brexit ministers by surreptitiously preparing terms of surrender for the Cabinet to endorse – a position from which no doubt there are further concessions to come.

Not that we should be at all surprised, given that the malleable May replaced as chief of staff the Brexit-supporting Nick Timothy with ousted MP Gavin Barwell, who a year earlier had described voting to leave the EU as the ‘politics of division and hate’. And the klaxons ought to have been blaring when she took in as her Downing Street lodger civil servant Olly Robbins, who by then was already being referred to as the ‘real Brexit secretary’ – a man for whom leaving EU is ‘a crisis to be managed rather than an opportunity to be seized’ and who is author of the plan which, in Boris Johnson’s words, now leaves the UK ‘headed for the status of colony’. (A choice of phrase which, by the way, infuriated David Lammy. Good.)

The new Brexit Secretary, Dominic Raab, is someone for whom I have previously had high hopes; however, already it has been made clear that negotiations with the EU will continue to be led from Downing Street. And because it is now obvious that technocratic Theresa has no optimistic vision of how the UK might operate outside the EU, this means policy continuing to be shaped by the unaccountable Olly Robbins whom, even before last week’s charade at Chequers, commentator Iain Dale had declared to be a ‘disaster in dealing with the EU because he wants to give in on virtually everything’. Which is, of course, entirely predictable behaviour by a man whose kindred spirits are found in Brussels rather than amongst the 17.4million who two years ago voted for the UK to reclaim political control.

Three decades ago, when challenged over the role of her economic guru Sir Alan Walters, Margaret Thatcher famously retorted: ‘Advisers advise and ministers decide.’ By contrast, for today’s government policy on Brexit, unelected advisers instruct and Theresa May meekly obeys.