NewsPaperthe art of publishing
HomeNewsA&E is in meltdown, but we’re sending our ambulances to Ukraine
101

A&E is in meltdown, but we’re sending our ambulances to Ukraine 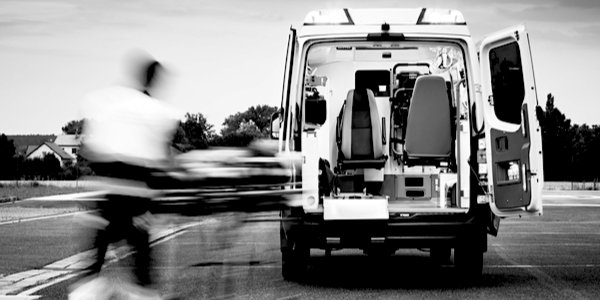 NHS trusts across the country – particularly those in the Yorkshire region – have declared critical incidents, asking patients within their catchment areas not to go to A&E unless their condition is genuinely life-threatening.

The crisis is reportedly due to Covid-related staff absences and rising numbers of Covid patients in hospitals placing an unworkable strain on services. Simultaneously, the official list of Covid symptoms was expanded to include many easily attributable to a hangover.

So how much of this chaos and absenteeism is down to genuine illness and how much either to hypochondria or – and in all fairness, we’ve all been there at some point in our lives – outright skiving?

Parallels to comedian Matt Lucas’s go to work, or don’t go to work? impersonation of the Prime Minister, from May 2020, are irresistible to draw, yet funny only up to a point.

South Central Ambulance Service, covering Berkshire, Buckinghamshire, Oxfordshire and Hampshire, is urging people to make their own way to hospital if they suspect their condition warrants urgent treatment.

Yet this is the same ambulance service that at the same time is donating some of its fleet to help prop up the health service of Ukraine, with further donations from other NHS trusts imminent.

According to a government press release, it appears that the ambulances being donated are already out of commission: ‘The NHS’s national ambulance service fleet strategy requires the replacement of ambulance vehicles every five years.

‘After this time, vehicles are decommissioned and either kept back for resilience, given to approved charities or sent to auction. All vehicles and medical supplies are checked before being sent to ensure they meet the standards required.’

Ukraine therefore, will not soon be in receipt of a small fleet of Mongol Rally-esque clapped-out bangers, but fully-functioning emergency vehicles.

This poses serious questions, such as why perfectly good ambulances are in temporary storage in the first place, whilst the trusts to which they belong sound Code Red alarms. And just what else – or indeed WHO else – is also wastefully gathering dust in a warehouse or office somewhere, during this government-proclaimed, greatest-ever protracted national emergency?

How far must services be stretched, and how many lives put at risk here at home before someone thinks to put the key in the ignition of a perfectly good ambulance kept back as ‘resilience-stock’ to help tackle the exact same scenario we see playing out right now?

Even if admission to A&E were not possible, surely it would be safer for patients to await full examination in an albeit perhaps not fully-equipped ambulance, alongside a trained paramedic and/or volunteer, than to remain at home clumsily self-treating themselves or others, or perhaps even perilously attempting to drive to A&E?

Is it acceptable practice that offers of foreign humanitarian aid should risk hampering the obligation of a trust to operate an efficient and responsive ambulance service?

And how many members of staff are having their regular duties disrupted in having to organise such donations? Or is the entire process being overseen by volunteers – as one would perhaps expect it should be?

(An aside: Are all decommissioned ambulances being replaced with zero emissions versions? We are in a race against time, after all).

Without wishing to downplay the awful suffering of those caught up in the Ukraine conflict, how inconsistent and hypocritical can government get?

But what about Ukraine! scream those who have now swopped their NHS rainbows for the yellow and blue Nike swoosh of the next lecture on morality in Re-Education Camp Britain.

Well, what about Yemen? Worse than nothing, is the answer. At the beginning of March last year – and purportedly out of sheer ‘pandemic necessity’ – the British government slashed its aid to this now 11-year war-ravaged country by almost 60 per cent, to £87million. This in spite of the situation there having been branded the worst humanitarian crisis perhaps in living memory. Indeed, one the BBC reported to be getting ever more violent.

No impact assessment of the consequences for the Yemeni people was undertaken, and at least on this the Government is consistent: None having been undertaken for lockdowns either – a war of sorts in their own right.

Yet a year later to the day (the slick timing of the new normal never ceases to amaze) £220million was pledged in aid support for Ukraine, even as the current estimated bill for the domestic pandemic response tops £400billion. It seems there is money available when they want it to be.

Thirteen months on and there still sits no pot of golden normality at the end of that lucky NHS rainbow. In fact, quite the opposite is to be found in the mooning leprechaun of a Health and Social Care Levy to help bail out a seemingly charmed government whose ruinous pandemic countermeasures have created a Frankenstein of a health service, which for many now presents more of a threat to life than the cursed virus itself.

That we have ambulances and medical supplies gathering dust, and that the Government has the ability to rally volunteers by their tens of thousands but chooses not to do so – all of which, and whom, could be mobilised to at the very least alleviate a token amount of strain on the capacity of the NHS to deliver adequate emergency care – is a travesty.

Ministers will happily make amendments to the Human Medicines Regulations legislation to grant a Jabs Army of unqualified volunteers temporary emergency power to administer unlicensed Covid-19 vaccines, but not to aid stretched lifesaving ambulances services. We have moral scruples, or we don’t have moral scruples?

Scruples certainly appear to have been poisoned in the rise of the post-Covid International Order, in which the real aim of all government tinkering with the public health rulebook is nothing but the public normalisation of the reduction in standards of, and pleasure in, life.

Disease X, Net Zero, a globally-uniform Body Mass Index, the Metaverse, a universal ID/crypto-currency system, and a zero tolerance policy on the right to question any of this are all enforced by a captured media.

The media then catalyses waves of virtue-signalling designed to desensitise the public from the physical pain, and the accompanying ideological puzzle of such new normal experiences as trying to decide whether one’s injury warrants a trip to A&E or not.

Will an ambulance even come?  Should I /can I make my own way there? How much does a private ambulance cost, since I can’t walk/have hit my head? Will there be a 12-hour wait if I can indeed get myself to A&E and can I endure that? Do I need to do a lateral flow test beforehand? Maybe I will just self medicate – heavily.

A year ago, Boris Johnson said at a coronavirus press conference that: ‘For the entire British people it (lockdown) has been an epic of endurance and privation, and at the right moment, we will come together as a country to build a fitting and a permanent memorial to the loved ones we have lost.’

No wonder The Matrix was such a blockbuster film series. Simulation Theory seems more and more plausible by the day.

Share
Facebook
Twitter
WhatsApp
Email
Previous articleVaccine is linked to long-term child heart problems, but still the jabbing goes on
Next articleAct now by email to save 5 to 11s from the jab