Airbus threat is pie in the sky 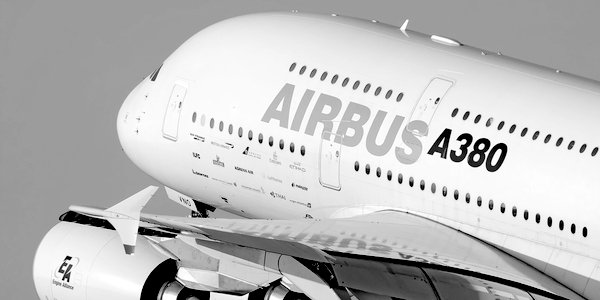 Oh dear, Airbus (the great European aircraft manufacturer) seems to have its knickers in a twist, according to the Telegraph.

You may recall that last week Airbus foresaw all sorts of problems if we weren’t part of the EU customs union and (again) threatened to pull out of the UK. Project Fear rules, and in none of the reports that I read did anyone explain in what timeframe Airbus anticipated moving its entire wing-making operation from Bristol to some other place inside the EU, or indeed what the contractual method would be. Why? Because it is nigh on impossible to pick up an entire industry and move it overnight, or even over a decade. The reality is that, whether Airbus, the EU, the BBC, Michel Barnier, Mrs May or the remoaners like it or not, Airbus’s choice is either to find a way to make it work post Brexit or to market airliners with no wings.

And now it seems that Airbus considered this idiotic threat to be part of the cost of getting a contract to provide an airframe for the next airborne radar system.

A quick bit of background. Finding enemy jets needs long-range radar, and the best way to do this is to put a big radar dish on to a big aeroplane (which gets round the problem of the radar horizon caused by the earth’s curvature). Since the late 1970s in the west the best system for this has been the E3A Sentry, which uses the Boeing 707 airframe. The Boeing 707 is what we had before the Boeing 747, and the aircraft are now getting old and need replacing. The US is on to this and is producing a new version on a new airframe. Pretty much the only company in the world making these things is Boeing (even the French bought the E3A). There are some complicated bits to making sure that the plane flies and that the airframe’s electronics do not interfere with the radar electronics. It seems eminently sensible, therefore, for the UK Ministry of Defence to decide to purchase its replacement E3s from Boeing. That is an aircraft known as the E7 Wedgetail, which is based on the Boeing 737 airframe. This is also the airframe used for the (already ordered and arriving next year) P-8 Poseidon maritime reconnaissance aircraft, which is a bonus.

Of course, ‘eminently sensible’ is irrelevant to an EU commercial organisation such as Airbus. It wants to get into the defence market. It forced through the production of the A400M (a slightly more capable and much more expensive equivalent to the ubiquitous C130 Hercules) and some EU countries including the UK have purchased it. Airbus does not have a track record in making airborne early warning aircraft, and has no proposal that amounts to much more than some PowerPoint and a pretty model.

Once again, we see the Maybot playing fast and loose with facts (and the defence of the Realm) for the short-term advantage of selling a minimal Brexit to the British electorate. Once again, her plan falls apart. Once again, I find myself thinking that we really need better leadership than this utter fiasco created by professional politicians.