NewsPaperthe art of publishing
HomeNewsAlas, poor Shakespeare – dead white males are such a waste of...
0

Alas, poor Shakespeare – dead white males are such a waste of time 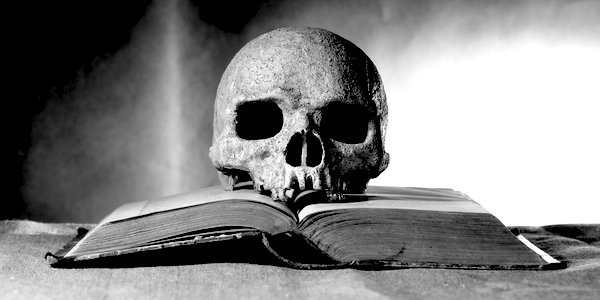 Mary Bousted, joint general secretary of the National Education Union, has criticised the national curriculum for failing to include enough black and female writers, saying that schools must look beyond ‘dead white men’ to make the curriculum more diverse.

She claims to have ‘no problem’ with Shakespeare, Pope, Dryden or Shelley, but cites the educational needs of ethnically diverse pupils: ‘If a powerful knowledge curriculum means recreating the best that has been thought by dead white men, then I’m not very interested in it.’

Yet in making obeisance to the religion of multiculturalism, Ms Bousted merely succeeds in displaying her own prejudices. She dismisses literary giants as irrelevant purely on the grounds that they are dead, white and male, none of which they can reverse, and regardless of the fact that their brilliance continues to inspire both sexes and people of all races.

All this, however, appears to mean nothing in comparison with the opportunity they present for Ms Bousted to look down upon them. As a living female English teacher and co-leader of a trade union, clearly she is their superior, although her grasp of English leaves a lot to be desired. For instance she declares: ‘I knew in a school where there are 38 first languages taught other than English’ she had to include Afro-Caribbean, Indian and Chinese writers ‘to enable pupils to foreshadow their lives in the curriculum’. She adds that ‘in order to thrive, children need to be able to see people like themselves reflected in the curriculum’, so presumably this is what she means by the cryptic ‘foreshadow’.

Is it not insulting to pupils of diverse backgrounds to suggest that they cannot learn from writers who do not look like them? Far from being appreciated only in his own culture, Shakespeare’s renown rests on the fact that his appeal is universal: his plays can be translated into any language and still inspire. Rather than helping ethnically diverse pupils, Ms Bousted patronises them by implying that the poor darlings can’t cope with anything outside their own personal station in life.

Ms Bousted told delegates at the Bryanston Education Summit: ‘It is important for students to know some of “the best that has been thought and said” but it is also important for them to know that it was a choice that was made and a choice made by the powerful.’

She added: ‘Actually, Shakespeare was an intensely conservative writer who wrote a lot of time to bolster the divine right of kings – so you need different voices in that.’

This statement reveals her approach to be political rather than educational, because our revered literary figures were not chosen to occupy the pantheon of fame by the rich and powerful to keep the masses – including the foreign masses – in their lowly place; anyone who thinks so clearly has never read Shakespeare on the weaknesses, temptations and, most importantly, calamitous downfalls of the rich and powerful.

Sadly, however, Ms Bousted’s educational approach is gaining ground, and her intervention helps to explain why our educational standards are slipping behind those in other countries, where patriotic pride is not disdained, and pupils are not subjected to soft Marxist propaganda in the guise of sexual diversity lessons.

Ironically, the Marxist-inspired educational approach has proved disastrous for those pupils whose interests the Left claims to defend, but who thanks to educational ‘dumbing-down’ are doing worst of all – poor white males. Denied the chance of a grammar school education, discouraged by the bias towards female-friendly coursework and denied the opportunity to learn from dead white males, they are unlikely to transcend their lowly station in life. Shakespeare was a grammar-school boy whose fame was well-earned; what better role model to encourage our own oppressed classes to achieve true greatness?