NewsPaperthe art of publishing
HomeNewsAlien Part 7: The Hancock is risen
85

Alien Part 7: The Hancock is risen 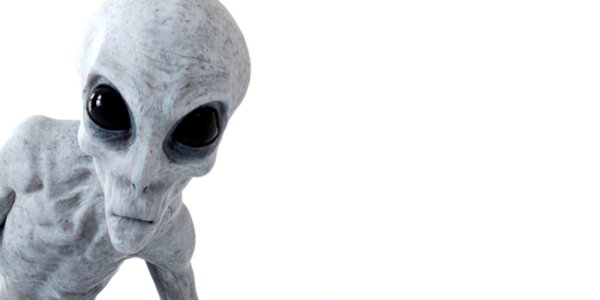 DEEP in their lair somewhere, the controllers of Worldgov are scheming away.

‘We told them that they would die because of climate change but now they don’t believe it. We predicted the end of the world a thousand times, we even created Greta Thunberg in vitro. It hasn’t worked.

‘Then we came up with Covid. The plague to end all plagues. Except the great unwashed are asking too many questions: “Why do I need this vaccine? Why are we still locked down?”’

The speaker, known by various names – the Master, the Controller, the Leader – glances scornfully to one side.

‘Brother Hancock has not helped the cause with his recent lapse into licentiousness. Let him be a lesson to us all.’

Hancock would blush at this point if he could. But he can’t. As a member of Worldgov, he has no conscience. Upon joining this elite organisation, it was removed as per regulations and replaced with the Worldgov Emotion Control Unit, a module which rids those equipped with it of all sense of shame and propriety. Uptake among politicians worldwide is approaching 100 per cent.

‘No. We need another scheme. One that is infallible. We need something you cannot see and cannot disprove. Terrifying enough to get the public to hand over their last pathetic morsels of freedom – for ever.’

‘Leader,’ comes a voice from the gloom, ‘what about a zombie invasion?’

‘Ah . . . that is indeed a good idea. It may conflict, however, with our programme of achieving complete mental zombification through relentless media indoctrination and de-education. This is already proving fruitful. Let us not interfere with our good work there.’

During a moment’s lull, a face-shielded gamma-level operative places a large tray of oysters on the table. A quiet murmur breaks out among the politicians. How long has it – for gender pronouns are not used here – been in the room? Has it heard too much? No matter: a visit to the memory-stripper will sort it out.

As the oysters slide down, ‘M-m-master,’ stutters forth Hancock, ‘I have the perfect plan.’

‘It had better be good.’ The chilly tone of the Master’s voice reflects the thinness of the ice on to which Hancock is venturing.

‘Aliens?’ queries the Master on a rising note of incredulity.

‘Yes, aliens.’ Hancock’s mouth creases in an alarming approximation of a smile. ‘You see, Master, we can pin anything on aliens. Their technology is beyond the ken of human minds, they can travel at speeds that defy physics, they have big green heads. We can say they could destroy the earth at the press of a button, if they even use buttons, that is. They are the utmost threat to security – anything can be justified in the fight against them.’

The Master starts to nod. ‘Yes . . . it’s superb. Excellent! But won’t the masses need some proof? When Covid was released, Comrade Xi had the best amateur theatricals in China hit the deck like sacks of spuds. All we had to do was add a few videos of coffins somewhere in Italy.’

‘I have thought of this,’ replies Hancock, ‘and some grainy footage of white dots moving around on a greyish background ought to be enough to convince the simple minds of the masses. Anyone who asks questions we’ll just call a conspiracy theorist. We could even add on that the aliens are fleeing their homeland due to cataclysmic climate change.’

‘Hancock, you are a genius. Your sins are forgiven,’ purrs the Leader. ‘Let us plan accordingly. We shall reconvene tomorrow. You are all dismissed.’

The Worldgov delegates depart for their luxury accommodation pods, each furnished with a Jacuzzi and offering champagne on tap. Controlling the world is a difficult task, and those burdened with it are in need of the luxuries to which they have become so accustomed.

As Hancock’s door closes behind him, he glances up at the ceiling to make sure no CCTV camera is intruding into his privacy. In one swift movement, he tears off the exoskin that gives him his human form. It shrivels and evaporates. He glistens green in the soft light from the marble bathroom.

‘Aliens . . . ha!’ he chuckles quietly. ‘Who on earth would be daft enough to believe that?’