NewsPaperthe art of publishing
HomeNewsAlistair Thompson: Cameron wins the conference league by a mile. But will...
0

Alistair Thompson: Cameron wins the conference league by a mile. But will Rochester end his cup dreams? 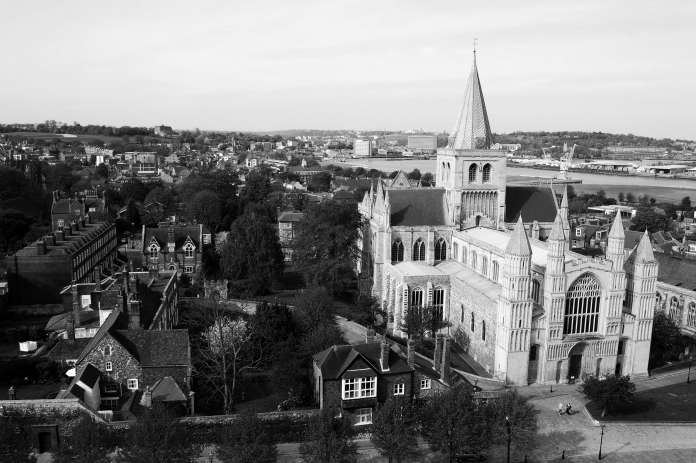 It was Harold Wilson who famously remarked that a week can be along time in politics. David Cameron and members of Conservative Party will certainly agree.

Not since 2002 when Edwina Curry  sabotaged the Conservative Party conference, divulging her torrid affair with John Major, has the annual gathering of the party faithful got off to a worst start.

The defection of Mark Reckless to UKIP and pyjama-gate tore up any pre-conference publicity plans. But in a sign that Lynton Crosby is bringing the sort of discipline to CCHQ needed to win a general election fight, these setbacks failed to set the tone of the week.

In fact, the defection of Mark Reckless not only failed to destabilise, but drew considerable anger from party members and apparatchiks, with many fuming about the manner of the defection as much as the defection itself.

The considerable sympathy for Douglas Carswell from many sections of the party simply melted away when talk turned to Reckless. Whereas many members will not travel to Clacton, expect busloads to travel to Rochester.

One MP even told me that the party had raised the money to fight the by-election in the 45 minutes following the defection.

Then there was the careful stage-managing of the new policy commitments. Apart from the slightly misjudged announcement, by George Osborne to cut in-work benefits: reductions in death taxes, increases in allowance rates and clamping down on extremists were well received, by party members and the media alike.

Theresa May even managed to generate a helpful law and order row with the Lib Dems, reminding voters that Nick Clegg and Co are soft on crime and have held back her and her colleagues.

The policies announced also marked a shift to the Right, or a return to more traditional Conservative policies. They perhaps go some way in explaining the post conference bounce in the polls, which see our party either overtake Ed Miliband’s Labour for the first time in two years or close the gap to just a couple of per cent.

Then to cap off last week, UKIP botched the re-announcement of the their new donor – Aaron Banks.

After building up the press call, hinting that a third Conservative MP was about to switch sides, journalists who had dashed from Birmingham to Bristol were greeted with by the sight of the unknown donor, whose defection had already been confirmed.

The subsequent promise by the former Tory supporter to up his gift to Nige to £1 million was greeted with an almost universal “so-what” and led many of those attending to conclude that there are no more Tory MPs willing to jump.

This incident might well finish off the attempted destabilisation strategy.  At the very least most people now believe that it is nothing more than a political stunt.

And in a sign that those officials directing the Purple terror still have a lot to learn, their treasurer’s astonishing letter to William Hague felt like some sort of juvenile prank not the actions of a serious opposition.

Coupled to the faltering performance of Ukip has been the abject failure of the Lib Dems this week. Dozens of pictures of empty halls and delegates being fast asleep and left many commentators to question if Britain’s third party is “relevant” to anyone or anything?

One of the most talked about points of their conference was some nonsense motion from party activists about football clubs being too concerned with winning, something they will not need to worry about for several years.

So all in all as David Cameron prepares to celebrate his birthday today, he will be pleased at how the past few weeks have played out.

The Party appears more united than it has been for months and along with the expected post-conference bounce in the polls, the general mood of optimism might finally be working in shifting public opinion.

This mood could come to an end if the three by-elections go badly for the party, with the first two, Clacton and Heywood and Middleton, going to the polls today. With Tory defeats (to Ukip and Labour respectively)  already being priced into both of these results, everything rests on the Rochester contest in a few weeks time.

If the party retains Rochester, a safe Tory seat, then it will argue the tide has been turned; if it does not, then not even the PM’s return to more traditional values/polices will save him.

Share
Facebook
Twitter
WhatsApp
Email
Previous articleMatthew Walsh: What is the point of the Lib Dems? Even Clegg cannot tell us
Next articleLaura Perrins: The town called Hopeless tells the Tories where to go