NewsPaperthe art of publishing
HomeNewsAlistair Thompson: Miliband and Clegg are big losers from the Scottish vote
3

Alistair Thompson: Miliband and Clegg are big losers from the Scottish vote 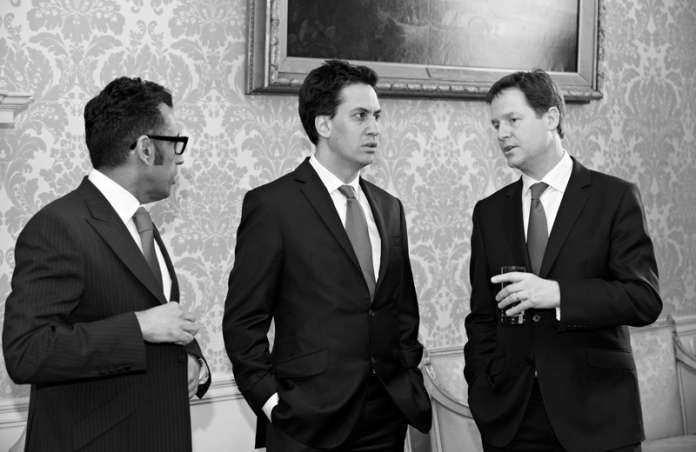 Britain today feels like a very different place. It will never be The same again. There have been huge political errors. The complacency of the Better Together campaign has only been surpassed by that of the Westminster party leaders. It was not until The Sunday Times YouGov poll over a week ago that saw the significant narrowing of the two sides, that the three leaders were stirred into action.

Part of the blame falls on the Prime Minister. After all he caved in to the referendum demand, the timing of it and even the question. Messrs Miliband and Clegg will also have to face the wrath of the electorate and their party members.

For Mr Miliband the danger is most acute as it exposes the many weaknesses of both his leadership and that of Labour Party. Firstly, the party apparatus, that by this stage in the electoral cycle should be gearing up to fight a Brutal general election, has been shown to be wanting. The apparent difficulties in raising money and designing a coherent and effective campaign should already get the alarm bells ringing in Labour HQ.

Secondly, the complete absence of any popular messages. The shroud of negativity from the Better Together campaign has been a complete turn off to the so-called undecided voters who have been breaking disproportionately to the Yes campaign. Labour strategists, who seemed to be testing this approach on the population of Scotland, must now be realising that a general election campaign of “not the Tories” will not be enough to see Mr Miliband get the keys to No 10. Whereas Mr Cameron and Co can point to turning around the economy and welfare and education reform, the Labour leader has little to trumpet. Expect to see a slew of policies announced at the Labour Party conference next week.

As for Nick Clegg, while he has only played a walk-on role in this farce, poll after poll shows that he is about as popular as Captain Hook at a children’s pantomime.

And while the UKIP leader Nigel Farage has been largely absent from the fray, it is his party that could be the beneficiary of much of anger directed towards the other parties.

Expect UKIP to turn their conference into a pro English and Welsh rally, with their leader calling for an end to the Barnett formula and English and Welsh parliaments for matters that exclusively affect these parts of the UK. Also expect Farage to wrap himself in the English flag – St George’s crosses will be waving, while Jerusalem, I vow to thee my country, and Land of Hope and Glory will be blasted out following his speech.

His pitch will be simple – that the £1,300 extra that Scotland gets compared to the UK average, or the £1,700 extra they get more than England, is both unfair and unsustainable. Why should the North of England not also benefit from this level of funding?

It would not be surprising if UKIP also test this message in Clacton.

And while it is too early accurately to predict the success of such a strategy, polling suggests that English nationalism has been stirred by the constant moaning from north of the border. It also likely to play well with Labour’s traditional blue collar vote, allowing Mr Farage to making further inroads into this section of the electorate.

So while the talk has been around the fate of Mr Cameron, it is the Labour Party’s leader whose position looks even more fragile in the event of last night’s vote.