NewsPaperthe art of publishing
HomeNewsAlistair Thompson:  Nanny Burnham runs out of cash. So here comes the...
16

Alistair Thompson:  Nanny Burnham runs out of cash. So here comes the crackdown on Coco Pops 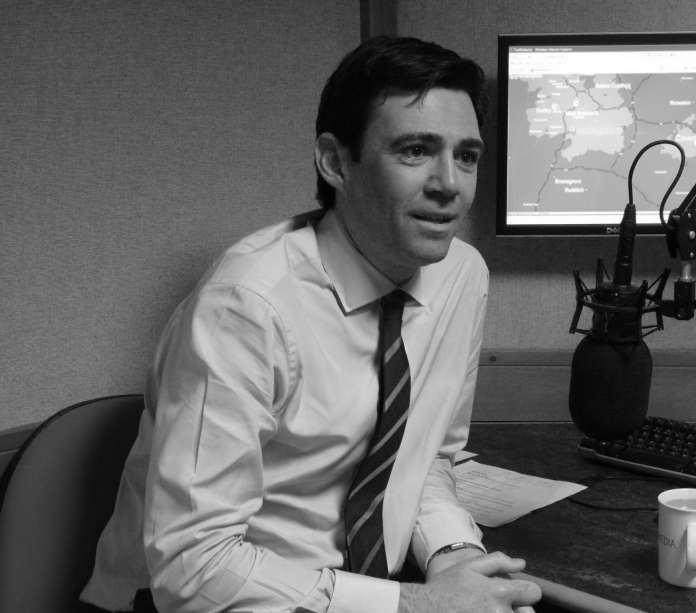 Yesterday morning, while his party leader was out of London, Labour’s Andy Burnham popped up to lecture us all about health.

Setting aside this carefully timed speech probably had more to do with reinforcing his leadership credentials, heaven help us from mad Nanny Burnham and his plans to cap the sugar content of family favourites such as Kellog’s Frosties and Coco Pops, impose minimum prices on alcohol, X-rate junk food TV ads aimed at children and nag the nation to take more exercise.

Thanks to Gordon Brown and Co, Labour has run out of spending other people’s money. So, in place of the usual promises to chuck a few billion quid more at the NHS, Burnham has come up with his meddler’s charter.

My first objection as a drinker is that these proposals treat all of us like naughty children, with Mr Burnham assuming the role of head master, no doubt backed up by an army of finger-wagging health prefects.

Like the vast majority of people in this country, when I have a glass of wine at lunch, or a drink with friends at the weekend, I am perfectly able to resist the temptation of vomiting on the pavement, passing out in the street, or starting a fight with complete strangers for no apparent reason. I do not end up in A&E, locked up in police cells, or otherwise causing a problem to my community. The drinks I buy are legal and have been taxed and come from an industry that contributes more than £17 billion to the Exchequer in excise and VAT per annum and supports more than half a million jobs. So why am I and the vast majority of the UK’s 26 million responsible drinkers being targeted for Labour’s re-education programme. Why do socialists never trust people to be responsible and to do the right thing?  And why do Labour, instead of targeting the hard core of repeat offenders who actually cause the problems, insist on penalising us all?

Then there are the unintended consequences. What would his plans for a “debate” about drinks firms sponsoring sports teams do for our favourite games?

Just look at the huge amounts of money poured into the football, rugby and cricket. Cutting off this plentiful source of funds would impact not just on the well-paid stars but would chop the legs off the grassroots. Hardly a good way to get kids active.

And while I am on sport, dare I point out that Mr Burnham’s own team, Everton, plays in the Premiership, which receives money from Carlsberg, the top league’s official beer. Everton has not one but two booze company sponsors, Crabbies Alcoholic Ginger Beer and Chang Beer – the latter deal being worth a staggering £16 million.

Yes, there are those who might be taken in by the sanctimonious waffle from this innocuous-looking chap pleading that we must do more to help young people lead healthy lives. The rhetoric might sound good, but his record in Government is appalling. From 2009 –10, he was well…ahem…the Secretary of State for Health. If he was so concerned about the problems of alcohol, tobacco and sugar then, why did he do nothing? In fact, he was part of the Government that liberalised the licensing laws. And if that not enough, we must never forget that it was Mr Burnham who presided over the Mid Staffs hospital scandal. Both he and his predecessor, Alan Johnson, ignored no less than 81 separate requests to examine the high rate of deaths at the hospital and 14 other NHS Trusts. These included more than 20 from Members of Parliament.

Indeed it was only after Mr Burnham was replaced that a proper review was conducted. By this time a further 2,800 people had died over and above the usual mortality rates. Hardly a record to be proud of!

No it is simply impossible to take this man seriously and I hope that the Conservatives see through this nonsense.

No one likes a killjoy and these policies are about as joyless as they come.

Share
Facebook
Twitter
WhatsApp
Email
Previous articleLaura Perrins: Conservatives should know there is more to the dating game than drunken boy meets drunker girl
Next articleReader’s Comment of the Day: The mainstream parties all want to nanny us to death