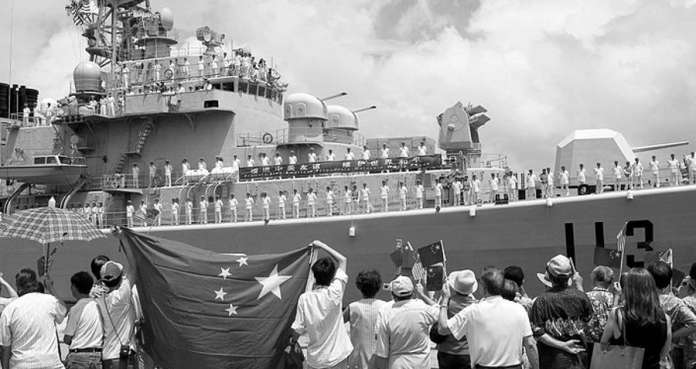 Theresa May has finally, if not prematurely, signalled an ‘end to austerity’. Setting aside the economics, where should the PM take the brake off?

Undoubtedly, key public services like the NHS will be top of the spending list. The Government and indeed the PM have been under considerable pressure to pump more money into the health service and this still ranks as the number one priority for many voters.

Finding more money for social services to cope with increasing costs and numbers, along with more resources for the security services, will also feature high on the list.

I worry though that finding more money for our amazing armed services will be ignored as some in the Treasury think a commitment to a few big ticket items, such as a replacement of our Trident boats, is enough to buy off those calling for additional resources.

But these bean counters fail to realise that quietly, you might even say under the radar, a revolution is happening. For years we have been reliant on the US, whether directly, or through the auspices of Nato, to provide an element of our military capability. A strategy that allowed us to do more for less cash, but all too often left our brilliant and brave men and women struggling with poor kit, like Snatch Land Rovers, boots that fell apart in the desert, or rifles that jammed in sandy conditions. But America’s sole superpower status and military prowess is waning and, I am sad to say, waning fast.

Just like our military, underinvestment and years of cuts to their numbers have reduced their numerical supremacy. Under President Obama, national security spending in the US fell from 4.6 per cent of GDP in 2010 to 3.3 per cent in 2015.

This failure to maintain spending and invest means that in just three years’ time the Chinese Navy will overtake the US Navy as they become the largest littoral navy in the world, with a staggering 351 vessels. The US have just 270, and even after the increase in spending from President Trump trickles through over the next decade is predicted to have only 350.

At the same time, their old adversary the Russians are expecting delivery of 40 ships this year and are looking to increase their Black Sea Fleet by an impressive fifty per cent over the next couple. This is on top of the 26 new vessels, including two new submarines, they took delivery of last year.

Putting this in context, the number of new Russian ships in 2016/17 is more than three times the number of major commissioned ships classed as surface combatants in the Royal Navy and while we are waiting on the two Elizabeth Carriers to come on stream, cuts and a failure to invest adequately in both personnel and destroyers means that we would never be able to fully send out two battle groups without at least one vessel being dangerously exposed.

Now there are those who are untroubled by this, who think that while China will have the largest navy, they are unable to project power in the same way as the US. They point out China has just one aircraft carrier, the Liaoning – and that this draws almost exclusively on copied tech, America by contrast has 11. This ignores the development of their second carrier (already under way) and that far from being a knock off, the Chinese are innovating and developing their own vessel.

Neither will this second carrier be their last. According to numerous reports, there are plans to build a total of four or more. Expect all of these vessels to see improvements on the last. While the same bureaucrats who seem unphased by China believe much of the investment to the Russian Navy is merely reversing the decades of decline following the collapse of the USSR, they forget that these vessels are many times more capable and potent than their predecessors.

And it is not just ships that China and Russia are investing in, though they are a visual symbol of their ambitions and renewed confidence. Being able to project power around the globe is a major clue to how both countries wish to challenge America’s dominant position.

While the UK can push the US to do more and President Trump has indicated a surge in defence spending increasing the Pentagon budget by around $54 billion, Mrs May must lead by example and start taking the brakes off defence spending.

The first step must be a new defence review, one that is driven by the needs of the UK in what has become a rapidly changing world with a set of threats no one in Whitehall imagined just a few years ago.

The second step must be to ditch the appalling figleaf that meeting our two per cent Nato target is in any way meeting our defence obligations. Spending on the military must be determined by risk and even the most militant pacifists in the Labour Party recognise that the world has got a lot more dangerous.

So Mrs May, it’s time to splash the cash on our military – to make sure that they can still meet the threats and challenges of the next decade and beyond in world where our best ally is no longer the world’s sole superpower.