NewsPaperthe art of publishing
HomeNewsAll abroad for the Paradise Parliament!
0

All abroad for the Paradise Parliament! 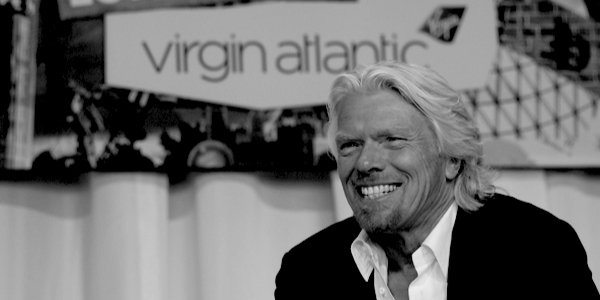 SIR Richard Branson is offering his idyllic Necker Island to the Government as security for a bailout of his coronavirus-hit Virgin Atlantic airline.

The ultra-luxurious 74-acre resort in the British Virgin Islands – where the billionaire entrepreneur also has a home – is worth an estimated £80million. But Branson is reportedly seeking £500million as a commercial loan.

So what if ministers were to take him up on his offer of Necker as collateral? And what if they were to make full use of the island’s many assets, all in the name of good government, of course. We’ll take a cruise over to the Caribbean …

Boris Johnson is sipping a sundowner at the beach bar as Michael Gove, in Bermuda shorts, Ray-Bans and sandals, comes strolling along the white sand. They high-five one another.

‘Looking good, Govey old stick. Sit down and have a drink.’

–  ‘Looking good, Bojo my man. I’ll have a vodka martini, shaken, not stirred – a bit like you were at the start of the coronavirus crisis.’

– ‘Seriously though, Bojo, it was a stroke of genius moving the Government over here once the pandemic was over.’

‘Yes, it was rather a spiffing idea of mine, Govey. I thought since Old Beardie had offered the island, we might as well take advantage of it. Funnily enough, there was very little opposition from MPs.’

– ‘Don’t forget, Bojo, they’d all had to cancel their summer holidays because of the coronavirus.’

‘You’re not suggesting they just saw this as a sunshine freebie? Wash your mouth out, Govey!’

–  ‘Only joking, Bojo. It took courage for MPs to leave good old Blighty and venture 4,000 miles to these foreign shores all in the name of duty and public service.’

‘Yes. But if you remember, the Press kicked up a bit of a fuss until we moved the Parliamentary Lobby here as well. Oh look, there’s the chaps from the Telegraph and the Times. They’ve been out on the catamaran and are heading for a massage before they have supper.’

‘Well, PMQs was a bit of hoot today, wasn’t it, Govey? All the MPs gathered in a circle, floating on giant rubber ducks in the lagoon. And it’s nice to see everyone has embraced the new routine for opening the session.’

–  ‘Oh, it’s brilliant. The Speaker Lindsay Hoyle yells: “Order!” everyone shouts: “Pina Colada!” and the waiters are there in an instant serving up the drinks.’

‘I didn’t see Corbyn, though.’

–  ‘No. Apparently he’s building a hut out of palm leaves and coconut husks on the other side of the island and making an allotment to grow breadfruit and yams. He’s wearing a grass skirt and his beard’s growing down to his belly button. They’re calling him Corbynson Crusoe. John McDonnell is his Man Friday, or Person Friday, as Harriet Harman would have it.’

‘Yes, poor old Steptoe’s never gotten over seeing Sir Keir Starmer become Labour leader. Starmer’s a bit saner, but rather bland and anonymous. Where is he, by the way?’

‘Oh. I thought that was a thick wooden post holding up the bar roof. Anyway, Govey, it’s good to see all my ministers have settled into their individual guesthouses with air conditioning, hot tubs, free bar, 24-hour room service and private balconies overlooking the Caribbean. They cost £5,000 a night when this was a private island, you know.’

–  ‘Yes, but we’ll all still be able to claim second-home expenses.’

‘Quite. Ah, look – there’s Jacob Rees-Mogg, reading Homer’s Odyssey in the original Greek as he reclines on his bespoke sun lounger. He had it specially made from that green leather bench he famously stretched out on in the Commons, you know.’

– ‘Yes, but he must be sweltering. He’s still wearing his Gieves & Hawkes double-breasted lounge suit.’

‘And there’s Priti Patel, looking a rather pretty Patel in her colourful sarong with a bougainvillea blossom in her hair.’

–  ‘It’s good to see Rishi Sunak over there on the sand, relaxing from the rigours of being Chancellor by playing around with seashells.’

‘Er, not quite, Govey. You see, sterling’s virtually worthless in the wake of the lockdown, so Rishi’s proposing that we use cowrie shells as money – they’re a very ancient form of currency, apparently. He’s calculating the Treasury’s remaining assets. Each shell represents £1,000.’

‘Yes, well, we wrecked the economy with the lockdown, so things are a bit tight at the moment. Ah, here come our drinks. Cheers, Govey.’