All hail the Covid God 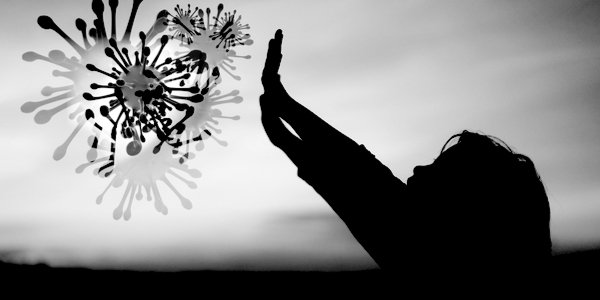 WHAT is the one thing that you believe would make you more attractive? A smaller nose? Straighter teeth? A lottery win?

According to Andy Slavitt, the former White House coronavirus adviser, the answer is a Covid jab.  This summer Slavitt declared, with the confidence of a man who knows his ludicrous comments will never be challenged: ‘We have finally found the one thing that makes us all more attractive: A vaccination.’

In an attempt to drive up low jab rates amongst under 35-year-olds, the Biden administration has teamed up with online dating sites such as Match.com and Tinder to entice subscribers into inoculation.

It is hoped that incentives such as a free ‘Super like’ or a ‘Vaccinated’ sticker on their profile will seal the deal and, given the times we now live in, it probably will.

Cute pics with your dog are now passé and, in their stead, one may gawp in admiration at flabby upper arms adorned with an ‘I’m vaccinated’ sticker. You may be obese, toothless and suffering from halitosis (and that is just the ladies) but the miracle of Pfizer will apparently transform you into Helen of Troy.

Slavitt’s comments are further evidence, if more were needed, that when it comes to Covid, nothing is too incredulous for the faithful. There is no moment where they consider Covid claims have jumped the shark and no line in the sand they will not cross.

Covid is a cult. As nutty as the People’s Temple or the Moonies. The delight at being injected with an experimental ‘vaccine’ against a virus for which 99.7 per cent of them would have survived with a Lemsip and a box of Kleenex displays brainwashing at its finest.

Once upon a time, any minor medical procedure was considered a private but also a rather mundane event, certainly no cause for fanfare. Did women announce ‘smeared and cleared’ after each cervical screening? No. However, low-key is not the Covid way.

For many devotees, vaccines are viewed solely through the lens of political ideology. They symbolise team membership, a badge of honour, evidence of your status as an altruistic, selfless human being. Of course, the counter to this is the unvaccinated, who must therefore be thoughtless and selfish.

Freedom fighters or granny killers? Pick a name and choose a side. For, make no mistake, society has become so polarised around every conceivable topic that it was inevitable that vaccines would become just one more contentious issue dividing the country.

Whilst the ultra-partisan vaccine zealot seems a particularly American phenomenon it is (like all things American eventually do) becoming increasingly common this side of the Atlantic.  Political ideology, as opposed to medical necessity, drives them to demand global vaccination.

Despite being double-vaccinated, the vaccine activists, or Vactivists, remain masked, visored and distanced, terrified that anything less may raise suspicions that they are, whisper it, Right-wing.

For a certain demographic, the vaccine has become yet another virtue-signalling arrow in the quiver of identity politics. The vaccine (and the support for vaccine passports) denotes your membership of the team – like a BLM T-shirt or an array of multi-coloured wristbands which scream at the world you are neither racist, sexist, homophobic, transphobic, Islamophobic or, God forbid, patriotic. Their efficacy is irrelevant, they only function to show you are on the right side of history.

These individuals are so far down the Covid rabbit hole that they not only advocate vaccinations for youngsters, who are at negligible risk from the virus, but many have offered their own children as lab rats for Covid vaccines.

Oxford University announced in February 2021 that it was recruiting six to 17-year-old for trials and expected to see some ‘minor side-effects’ such as fever and headaches. In other words, symptoms for which, in the good old days, anxious parents would have sought reassurance from their GP. By April, the pause button had been pressed due to ‘rare but potentially fatal’ side-effects.

A medical trial means things can go wrong. And do. Ohio mother Stephanie Degaray was keen for her children to be involved in Covid vaccination trials and volunteered her two sons and 12-year-old daughter Maddie. Today Maddie is in a wheelchair, fed through a tube, suffering from bowel and bladder problems.

Despite the trauma, Maddie’s mother is, unbelievably, still ‘pro-vaccine’ though she wants more ‘informed consent’. Given that the DeGarays are an educated couple (engineer and chemist) one would have thought the words ‘trial’, ‘experimental’ and a look at data on children’s risk from Covid would have been sufficient information – but those Covid blinkers are affixed very tightly.

Incredibly Jacob’s aunt, Tami Burages, tweeted that she would still vaccinate her own 14-year-old son and advised others to do so with a recommendation that they ‘monitor heart rate very frequently’ following the injection.

In more jaw-dropping moments Burages deleted her tweet on Jacob’s death after Fox News’s Tucker Carlson covered the story. Burages’s anger was directed at neither Pfizer nor White House medical adviser Anthony Fauci, but at Carlson for ‘politicising’ the death and, incredulously, spreading ‘disinformation’ about the vaccine.

The Covid cult has gone beyond reason. Logic cannot derail it. Even the death of their own loved ones will not lead cult members to question the narrative. If they offer their own children as sacrificial lambs on the altar of political ideology and groupthink, they will not spare your children.

No matter the data, no matter the evidence of their own eyes, no matter how egregious the outcome of vaccinating youngsters, they will never deviate from the programme.