NewsPaperthe art of publishing
HomeNewsAll they want for Christmas is . . .
0 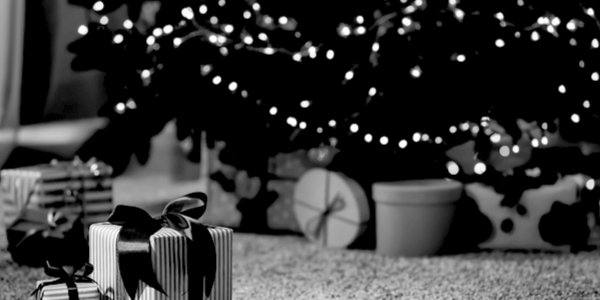 WITH the festive season upon us, TCWDF asked several high-profile individuals what present they would like to see under the tree on December 25.

As someone constantly in ‘the public eye’, I am never really off duty and I like to think that ‘best bib and tucker’ sums up my approach to how I dress. Of course, the uniform is very much part of who I am and reflects the job that I do. Looking professional is important to me, and this year I would be overjoyed to open a Corby Executive Trouser Press on Christmas morning. With an integrated garment hanger, coin tray, three time settings and LED countdown display, this is one present that I would find ‘arresting’. Happy Winterval to all.

The Rt Hon Theresa May MP

Christmas is much like any other day for Philip and me; we don’t really have the opportunity to take time out from our hectic schedule. That said, we do make a small window in our diaries for exchanging well-chosen gifts for one another. I like jewellery and have acquired many ‘statement’ pieces over the years, so this year I would like something more personal. As cooking together is one of our passions I would be thrilled if Philip were to give me a George Foreman Grill, or the ‘lean, mean, fat-reducing machine’, as I think it’s referred to. Small enough to fit on a counter-top in the tiniest of kitchens but big enough to handle chicken legs and medium steaks, it would be a welcome addition to our kitchen appliances and would be invaluable for conjuring up some culinary magic on those evenings when time is at a premium.

Christmas presents? If only I had time! I will no doubt be called on to explain slides and charts over the holiday period, I even have my own catchphrase which the media has latched on to: ‘Next slide please’.

Time permitting though I would love to be given a digitally re-mastered DVD copy of Hitchcock’s Spellbound. If you haven’t seen it, I won’t give the game away, but who is the imposter with dissociative amnesia who could potentially be a murderer?

Bergman and Peck are incomparable, and the film will literally, leave you ‘spellbound’.

Religion’s purpose is to create illusory fantasies for the poor. Economic realities prevent them from finding true happiness (aka economic stability) in this life, so religion exists to reassure them they will find true happiness in the next life. For the rich, religion is irrelevant; those who have achieved earthly happiness in the form of material goods do not need the hope of a better after-life. Therefore, Christmas has dissolved into capitalism and I for one would be happy with a boiled egg for Christmas lunch.

Christmas means a lot to me, and I am aware of the need to make it far more ‘inclusive and diverse’ if it is to have any chance of ‘catching on’. I was born in Stevenage and that for me will always be home, but this year I have not yet decided if I will be there or in Monaco, Manhattan, Geneva or Colorado – every home is ‘special’ to me. Ideal Christmas gift? Tricky, as I can afford whatever I want, but if pushed I would plump for a ‘robot hand extendable back scratcher’ – practical and gratifying!