Amnesty’s ‘apartheid’ slur is a gift to Israel’s enemies 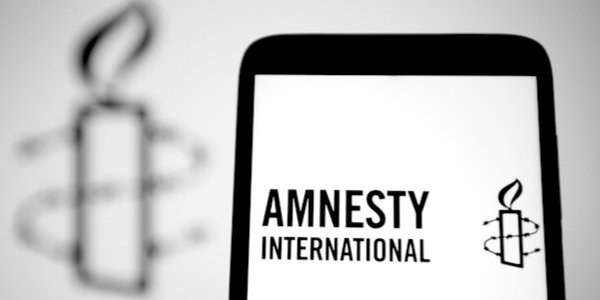 IN a bizarre turn of history, Israel receives the same vilification as Nazi Germany, whose Holocaust against Jews was the impetus for the founding of the Jewish state 74 years ago as an act of atonement.

The United Nations which gave Israel statehood has for years turned against its creation, becoming a forum for incessant Israel-bashing by countries guilty of the worst human rights violations for which they receive no sanction from the so-called international community.

Now Amnesty International, the only global organisation to equal the UN in liberal esteem, if that’s the right word, has officially denounced Israel as an apartheid state for its treatment of the Palestinians, a slur it shares only with Myanmar now that the old South Africa is gone. It has put a potent weapon in the hands of Israel’s foes.

Amnesty delivered its 278-page verdict on Israel in the person of Agnes Callamard, who leads it as secretary general, and regional director Philip Luther. It demands an end to arms sales to Israel and concerted pressure from the West and Arab countries to end the alleged apartheid. This is despite the recent development of closer diplomatic and economic relations between Israel and some Arab countries who fear the hegemony of a nuclear Iran.

Callamard, in an interview with the Times of Israel, was formal: ‘Under international law, what we have found is that the laws, policies and practices that are currently in place amount to a system of apartheid.’

She said of a 2018 Israeli nation-state law which distinguishes between citizenship and nationality: ‘I do not know how you can rule out the support for that law and not see the inherent discrimination in it.’ The quote is clumsily contradictory but its meaning is explicit. She equated the Israeli law with the infamous 1935 Nuremberg laws which brutally discriminated against German Jews, as well as with South African apartheid.

The law in question says that ‘Israel is unique to the Jewish people’, makes Hebrew the official language while according Arabic only ‘special status’ and designates ‘Jewish settlement as a national value’. What it does not do is prevent Arab Israelis, a fifth of the population, continuing to have exactly the same rights as Jewish Israelis.

Jewish settlement in disputed territories and control of eastern Jerusalem, where Palestinians have free access to their own holy sites, appeared to be a key element of Amnesty’s decision.

As Amnesty knows, it would be impossible to reconcile the 2018 law and the Palestinian demand for the right to return to Israel which would destroy the essence of its Jewish character and put at risk the continuance of a Jewish majority. Israel is and must be a Jewish state.

Callamard’s report says Israel practises apartheid not just domestically but in territory it does not control, presumably Gaza, the West Bank and possibly southern Lebanon. It’s hard to explain how a country can impose apartheid beyond its own borders.

Whether Amnesty is correct to say that Israel is guilty of apartheid under international law is something for the lawyers to haggle over while its enemies exult at another Western condemnation of Israel, treating it again to a blatant double standard.

Luther was unable to be specific about how apartheid in its technical sense works in detail. He told the Times of Israel: ‘It is such a complicated system, and it’s such a dizzying array of laws, policies and practices that interweave with each other.’ If the situation is so ‘dizzying’, how does Amnesty justify being absolutist in its reading of international law although law everywhere is adaptable to circumstances?

The Israeli government not unnaturally called the report ‘false, biased and anti-Semitic’, with the support of US ambassador to Israel Tom Nides who tweeted with a signal lack of diplomacy: ‘Come on, this is absurd.’

Further support was given by Issawi Frej, a Muslim Arab who is Israel’s minister of regional co-operation. He tweeted that ‘Israel has many problems that must be solved, within the [pre-1967] Green Line and even more so in the occupied territories. But Israel is not an apartheid state.’

It’s Amnesty’s job to get under the skin of governments it believes treat people badly. But there’s no equivalent of the decades-long international onslaught against Israel for the way it has defended itself during its years of conflict – including wars and terrorism – with the Palestinians and their allies.

Israel’s enemies in the West deny they are anti-Semitic, only anti-Israel. In the words of Doctor Johnson, that is like the distinction between a louse and a flea. Given the centuries of anti-Semitism, liberals need to do better to avoid being labelled closet anti-Semites and public hypocrites.

They must show a clearer understanding of Palestinian intransigence and the unique circumstances under which Israel has survived since 1948. This includes the vow of both Palestinians and Iran to destroy it as soon as the opportunity occurs, which grows closer the more the liberal West distances itself. No other country lives under greater permanent threat.

Share
Facebook
Twitter
WhatsApp
Email
Previous article‘I wear my mask for the benefit of others’: true or false?
Next articleWhat to make of Johnson’s mild upswing?