NewsPaperthe art of publishing
HomeNewsAn insole to the intelligence
0

An insole to the intelligence 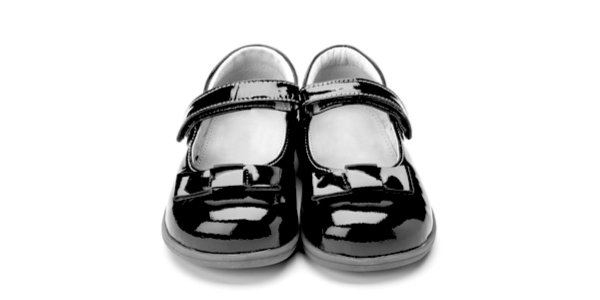 A SEARING initiative to deal with the problem of poor language skills among children has been announced. Staff at Clarks shoe shops are to be tasked with improving youngsters’ vocabulary while measuring their feet.

The Times reports, with its usual straight face and lack of inquiry, that ‘thousands of workers at Clarks will be trained to talk with children and help them to become confident in social situations. The move is part of a government initiative to improve early language skills.

‘Pupils from the poorest homes are 16 months behind their wealthiest classmates by the time they start school, studies suggest. Children with a poor vocabulary aged five are more than twice as likely to be unemployed at age 34 as their more articulate peers.

‘Clarks said that 6,500 staff would be trained at its own expense. Other companies are setting up language labs, visits from authors and children’s book swaps . . .’

Well, that’s sorted then. Within a couple of years, youngsters will be hailing one another across the schoolyard thus:

‘What ho, Tyrone, and how are you this morning? I must say that’s a natty pair of shoes you’re wearing. May I inquire as to the width fitting?’

‘What ho yourself, Darryn. It was a toss-up between E and F but the Clarks salesperson and I eventually agreed on F. We also had a very interesting conversation about the continuing problem of the Irish backstop.’

Somehow, I don’t think so.

There is no doubting the good faith of the Clarks company, which was founded by Quakers almost 200 years ago in Street, Somerset. According to Wikipedia it set up a school ‘so that young men and women could combine working in the factory with continuing their education, a theatre was opened, a library was built, along with an open-air swimming pool and town hall. Playing fields were established for the benefit of all and low-cost housing was provided by the company for its employees’.

But how can this latest scheme possibly work? For a start, how do you train someone to talk to children and help them become ‘confident in social situations’? If teachers can’t do it, why should shoeshop staff be more successful?

If the more socially challenged pupils come from the poorest homes, their parents are unlikely to visit Clarks shops when there are many cheaper alternatives. Also, what social skills can one inculcate in the time it takes to size up two little feet – say five minutes, max?

But let’s imagine that a tattooed, pierced-faced parent and his son do turn up at Clarks to get Rocky Junior a pair of sensibles. The conversation would probably go something like this:

Salesperson: ‘I just wondered what your name was?’

Salesperson: ‘Never mind, let’s have a chat before we measure your feet. Do you like sport?’

Parent stops fiddling with his mobile and complains: ‘What you goin’ on about? We’re here for shoes, not nattering.’

Parent: ‘You saying my lad’s thick? I’ll punch your bleedin’ lights out. Come on, son, we’re off to Primark.’

Stop press: Workers at Burger King are to dispense marriage guidance advice while serving up Whoppers and fries. And Kwik Fit mechanics, while changing tyres and balancing wheels, will offer their latest stock market tips.