An own goal by Insulate Britain’s clueless spokesman 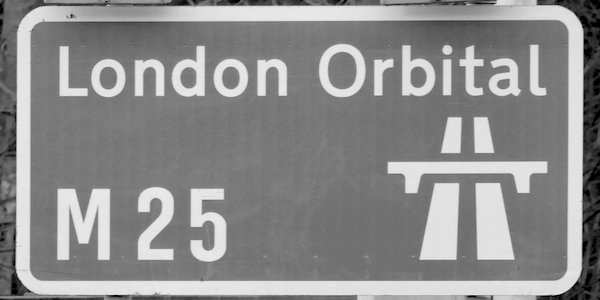 ACCORDING to Liam Norton, spokesman for Insulate Britain, people who don’t plonk their backsides on the M25 and cause major disruption are ‘appeasers’ like ‘those who appeased Hitler’ and should we be offended by that label, we’re snowflakes. He gave the Talk Radio audience this nugget of wisdom (among other general insanities) on Cristo’s show on Wednesday afternoon. I give Cristo his due for getting through the interview. He didn’t need to give Norton a shovel. Norton brought his own as he proceeded to dig a hole so large it’d have probably sunk the M25 and adjacent junctions. Here he is sagaciously encouraging support for his group:

In his various interviews, Norton appears clueless when interviewers point out that IB’s stunts are causing more emissions and that getting Britain to cut its emissions is pointless when countries such as China have no plans to cut theirs. He still believes that causing chaos on Britain’s major roads is the best way forward. People like myself, who can see the massive gaps in his argument and have the audacity to point them out are, according to him, Nazi sympathisers. With brains like his, I’m surprised he’s not in Parliament.

Undeterred by an injunction to keep them off Britain’s motorways and with threats of prison sentences, Insulate Britain were back on the M25 on Wednesday, with 11 activists arrested.

What will it take for the police and the judicial system to keep these lunatics at bay indefinitely? A multi-vehicle pile-up? One of them being hit by a car or lorry? Maybe someone higher up being affected by their stunts? It is ludicrous that these people, arrested one day, back on the streets the next, are allowed to return to the scene of the crime to continue holding up a public that are getting more fed up by the day. Liam Norton and Zoe Cohen, another of their madcap group, are not getting the support they’d like, nor will they ever when they not only cause major disruption but label anyone who disagrees with them ‘appeasers’.

Politicians really need to pull their fingers out and ensure that people who block Britain’s highways are imprisoned, mainly for causing danger to themselves and other people, and the media need to stop giving these idiots the time of day. We have enough of that with the red/green nutters in Parliament.