NewsPaperthe art of publishing
HomeBBC WatchAnd our first question: What man would’ve had a cat in hell’s...
129

And our first question: What man would’ve had a cat in hell’s chance of getting Dimbleby’s job? 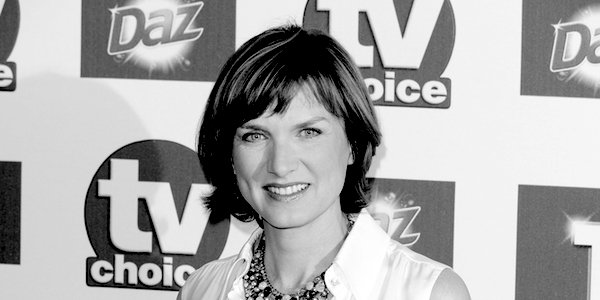 Nick Robinson was the only man shortlisted to replace David Dimbleby as chair of BBC TV’s Question Time. Robinson gamely auditioned for the role despite knowing it to be a charade, and that he had a greater chance of fronting Loose Women.

With the Corporation continuing to self-flagellate over gender pay and opportunities for women, it was a racing certainty that Question Time would have its first permanent female host (during the 1980s Sue Lawley was an occasional, and effective, stand-in). The surprise is that the woman offered the totemic role is Fiona Bruce.

According to the Express, Bruce’s try-out ‘amazed’ BBC bosses. The Mail records them having been ‘wowed’. Let us hope it was Fiona’s performance in her trial debate that left the bigwigs smitten, rather than any other previously displayed aspect of her, er, talents.

Still, even the outgoing Dimbleby, after a lifetime preserving his dignity as a serious broadcaster, has proved that he is not immune to silly stunts, having his first tattoo at the age of 75. (First? You mean there might be more?)

When it became known there was to be a vacancy, the clear favourites were Kirsty Wark and Emily Maitlis – the latter being, in the opinion of Nick Robinson, ‘the obvious choice . . . I would put money on Emily’.

Wark and Maitlis, who seemingly have lost out, have each spent many years at the BBC grilling politicians on Newsnight. The Beeb is, of course, a bastion of female solidarity. We can, therefore, presume that both Kirsty and Emily will be delighted for their female colleague: these experienced exponents of the hard-hitting political interview will in no way resent the prestigious Question Time gig being awarded to a BBC sister who occasionally is an autocue-reading newscaster.

Of course, a mischievous critic might suggest that a presenter of Antiques Roadshow and Crimewatch will be ill-prepared to control what occasional Question Time panellist Amanda Platell calls a ‘bear pit’, of which the chair requires ‘cunning, political nous and a ferocity and command I suspect Fiona does not possess’. It certainly is true that when the programme previously changed host, Hugh Scully was not a candidate to replace Robin Day, nor was Sue Cook ever in the frame to succeed Peter Sissons.

In her favour, Bruce’s CV does mean that she comes to Question Time accustomed to handling worthless artefacts, sometimes wooden, and having previously exposed con artists.

Some Leftists ludicrously accuse Question Time of having a Right-wing bias, though the only ‘evidence’ ever offered is the number of appearances by Nigel Farage when he led UKIP. In fact, Question Time panels generally lean Leftwards – excessively so whenever there is a LibDem masquerading as a Conservative (Soubry, Greening, Perry et al). And since the 2016 EU referendum, the line-ups have overwhelmingly been dominated by Remainers.

In past interviews Fiona Bruce has been able to laugh at some of the more earnest feminism of her university days (‘When I got to Greenham Common I realised my attachment to the sisterhood was more, um, tenuous than I’d thought’). Though her worldview now seems more rounded than thirty-odd years ago, as a BBC lifer she is still unlikely to be any sort of conservative.

Whether she is an astute choice for Question Time remains to be seen. But at least the new chair is not to be, as had been expected, an overt Leftie parachuted in from Newsnight, the broadcasting wing of the Guardian.

Share
Facebook
Twitter
WhatsApp
Email
Previous articleOff the Beaten Tracks: To know it is to Lovett
Next articleTough sentences are the only way to protect police and public