And the Bafta award for Best Hypocrite goes to . . . 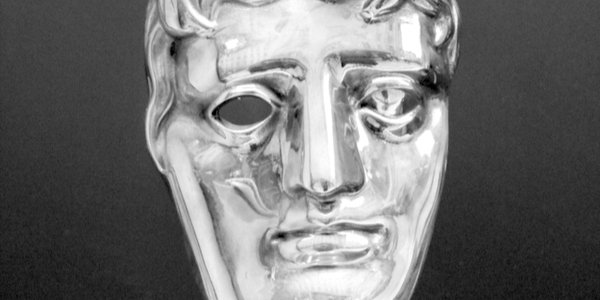 ‘THIS is not a self-righteous condemnation because I’m ashamed to say I’m part of the problem.’ So said Joaquin Phoenix when accepting his award for Best Actor in Joker at last night’s Baftas, decrying the lack of diversity at the awards. Fine, then, give the award back, I say. Just shut the hell up, get off the stage, take your self-righteous condemnation with you and give your trophy back.

They never do. These white, male apologists for their own success are not only pathetic in their cowardly kow-towing to the woke brigade, but they are hypocritical in that they continue to benefit from a system they condemn, yet expect others, no doubt other up-and-coming white male actors, to pay the price. They want to give something back, dear reader, but not the award, the fame or the money.

Joaquin Phoenix also said: ‘We really have to do the hard work to truly understand systemic racism. I think that it is the obligation of the people who have created and perpetuated and benefited from a system of oppression to dismantle it . . . so that’s on us.’ Why then, I’m left asking myself, would you accept an award in this context? If you really believe you have benefited from systemic racism, just step out of such a system and go on your merry way. But no, they never do, because they want other less prominent actors to pay the price. Convenient. How very convenient.

The wokeists have got to Joaquin Phoenix. They spent all year slamming his film Joker as giving oxygen to angry white males, so I suspect he felt he had to do some damage limitation. Only at very little sacrifice to himself.

You get this all the time from the men who want to seem right-on, woke and celebrating diversity – it is always, always, on someone else’s dime.

President Obama believes a woman would make a better president, but conveniently this came years after he squeezed out Hillary Clinton for the Democratic nomination. You get this from ‘woke’ male journalists frequently decrying the lack of female journalists, but they themselves never step aside. And of course the actors, the actors as they pick up their hefty pay cheques and awards, weeping and gnashing their teeth over the lack of black dudes, or women, or men pretending to be women or whatever the latest craze is now, then start mourning the ‘lack of diversity’.

To which I say, if you feel so strongly about it, step aside. This is what the feminists have been saying and for once I agree with them. Why don’t you literally put your money where your mouth is and step aside, let someone else from whatever the favoured minority of the day is take your role? It is that simple. Just step aside and let the minority take your position.

So Bernie Sanders and the rest of the male Democratic nominees could step aside and let Elizabeth Warren take the nomination – but they won’t. They won’t ever pay the personal price for their ‘woke policies’ – that’s for the white steelworker in Michigan. He is always, always the one that pays the price of promoting diversity over merit.

It would be one thing to mentor an up-and-coming minority actor/journalist/politician behind the scenes, giving them advice and guidance along the way. But that rarely generates headlines. That won’t get a round of applause at the Baftas. So it’s the grandstanding these woke males do instead.

Well, let me tell you this, woke men – you are not fooling anyone. We know you are only currying favour with the woke brigade to further your own career. This is how the patriarchy works. The men do whatever it takes to get to the top, be it kissing babies, or kissing the hands of those who hate them, or throwing younger ‘privileged’ actors/politicians/journalists under the bus.

It’s sad, cowardly, pathetic and ultimately selfish to expect others further down the food chain to pay the price for your white male guilt. If you feel so guilty about it, then give it up, shut your mouth and stay at home. Take up knitting or something. But don’t use your power and privilege to lecture the rest of us about how terrible power and privilege is. Truly, pass the bucket.