And they all lived offensively ever after 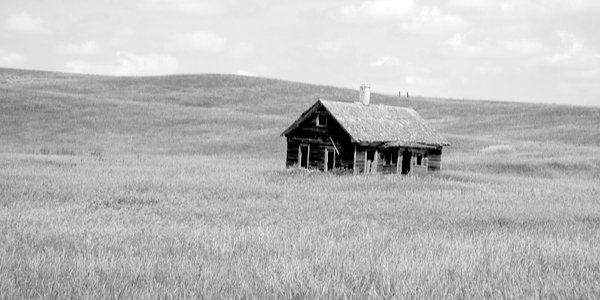 The American Library Association’s award for ‘works that have made a significant impact on children’s literature in America’ used to be named the Wilder Award in honour of Laura Ingalls Wilder, author of the much-loved Little House on the Prairie. This was the first in a series of books that traced the writer’s pioneer adventures across America, first published in 1935, and still a bestseller today. Now the ALA prize has been renamed the Children’s Literature Legacy Award because the author was ‘at odds with its core values’ – for which read contemporary views about diversity.

Apparently, about 20 years ago, a little girl of native American descent was reading Little House on the Prairie and was upset when she encountered the unfortunate sentence ‘The only good Indian is a dead Indian’. Her mother embarked on a campaign to remove the book from elementary schools, and a movement began within the ALA to rename the award.

However, as the Telegraph writer Melanie McDonagh points out, (and presumably the upset young reader) entirely miss the context of the offending remark, for after this comment Wilder has the narrator’s father respond: ‘The Indians would be as peaceable as anyone else if they were left alone.’ McDonagh concludes: ‘We can’t project the present on to the past but we keep trying to.’

The same fate has befallen G K Chesterton, of whom the same Ms McDonagh wrote recently that although she enjoyed his works, he was guilty of anti-Semitism and therefore should not be considered for sainthood. Yet Chesterton also mocked anti-Semitism in his fiction, sometimes using an unsympathetic character to voice commonly-held prejudices, a literary technique that seems to have escaped his critics, along with his exploded racial stereotypes and the use of Jewish and other stock villains as ‘red herrings’ to distract readers from the real culprits in his stories.

More recently, the BBC comedies Till Death Us Do Part and Fawlty Towers have come under fire for encouraging prejudice, when the writers are quite plainly mocking it. Paradoxically, such programmes were so successful at attacking prejudice that the terms they used have now become unsayable, thus the comedies themselves now appear shocking, simply because we have lost the context in which the remarks were made, and discarded the prejudices which they were attacking.

Now children’s books are awash with stories reflecting (adult) cultural preoccupations, to which future generations, no doubt otherwise preoccupied, might take exception. If we allow the self-appointed representatives of minorities to censor material that they find offensive, the West will descend into self-imposed memory loss because anything written before that moment will have been discarded lest it offend someone – a kind of perpetual literary Year Zero.

Much of the Left-wing ‘offence’ industry is fuelled by fears that offensive material will inevitably lead to physical violence against minorities, as happened most notoriously in the Holocaust; and yet Hitler has been condemned most vigorously on the Left for his book-burning. In a further irony, airbrushing ‘offensive’ literature out of our cultural history will succeed in erasing the offence along with the criticism of the offence. It will also hand power to those cultural Marxists who are the most fervent critics of the West, and who are most zealous in clearing out all the authors of whom they disapprove. One of these is bound to be George Orwell, who wrote in 1984, ‘He who controls the past controls the future. He who controls the present controls the past.’ Year Zero is fast approaching.