NewsPaperthe art of publishing
HomeLaura PerrinsAnd to my children I leave . . . a stonking great...
101

And to my children I leave . . . a stonking great bill for our ‘free’ benefits 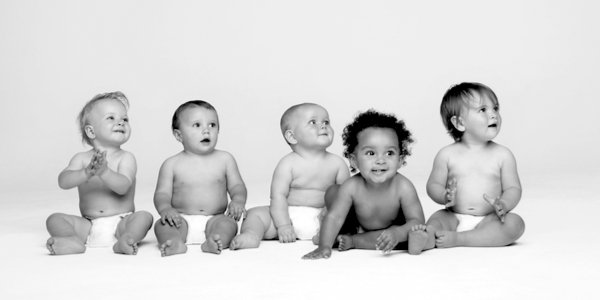 The Intergenerational Commission, set up by the Resolution Foundation think tank and chaired by Lord Willetts, declared this week that the social contract between young and old is ‘under threat’ and many people no longer believe that the country is ‘delivering on its obligations to different generations’.

As such they have come up with the brilliant idea of bunging ‘the youth’ £10,000 ‘to put down the deposit on a house, set up a business or pay for education and training’. If I were ‘a youth’ I’d reply: Is that the best you can do? With the national debt at its current level, every man woman and child is in the hole to the tune of £25,000, there or thereabouts, so no, £10,000 is just not going to cut it.

Lord Willetts says improving fairness between the generations ‘bridges conventional ideological lines. Whether they are left-wing or right-wing, religious or atheist, Remain or Leave, parents care about their kids’.

This is one of those slogans that is easy to spout, but sometimes I ask myself: Is this really true? Yes, most parents care about their kids day to day. We pore over their homework, shuttle them to all their after-school clubs, tuck them in for snuggles at night and yet, and yet, election after election we all seek more ‘help’ from the State, more goodies, be it ‘free’ childcare, ‘free’ medical care from NHS, subsidised travel, don’t touch my pension pot, ‘free’ school meals – on and on it goes when we know, deep down, none of it is ‘free’.

All that free stuff must be paid for by someone, and most are not willing to pay the true cost in the form of taxes. So there is only one set of people who will pay for all of this – and that is the youth, that is our kids that we are supposed to care about.

Listen, I am not saying I am any better when it comes to the free stuff. I’m not. But every time I turn on the radio some presenter is interviewing someone who is demanding a new service or a better service. Each and every time it comes down to a demand for more public money.

The State (ie the taxpayer) must look after the kids, the grannies, subsidise travel for 25-year-olds (once upon a time 25-year-olds were considered adults). We have a massively subsidised university system which mostly benefits middle-class kids while in-work benefits for the working poor are cut. I have no doubt one can get Viagra on the NHS. I just bet you can. It is an absolute necessity to have publicly funded hard-ons for the bloody baby boomers.

Rachel Sylvester states in this piece: ‘If people are going to continue getting the help they have come to expect from the state, money will need to be found from somewhere.’

And herein lies the problem. Perhaps we all expect too much ‘help’ from the State. Really, as the State has expanded in the last decades, people do not care where the money comes from. In truth it has come in the form of a rather large IOU, which will be paid by those who had no say: the young and those yet to be born. Few politicians dare to point out the gross selfishness of these demands, the appalling immorality of it all. After all, toddlers can’t vote.