NewsPaperthe art of publishing
HomeNewsAndrew Cadman: Brexit will expose the fragility of our society
20

Andrew Cadman: Brexit will expose the fragility of our society 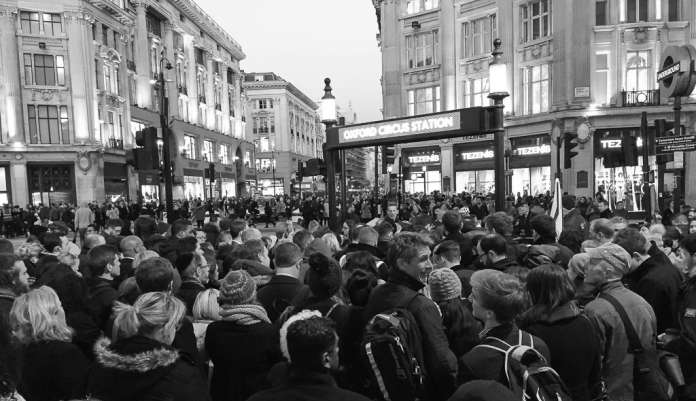 In these politically correct times, it seems we can still rely on our Antipodean cousins for straight talking. New Zealand Prime Minister John Key was more than a little blunt in explaining why the country needed immigration, asserting that some unemployed Kiwis had drug problems and essentially weren’t prepared to work.

In recent times, there has been much discussion about the negative impact high immigration has had on our society’s social capital, as the indigenous population were made to feel like strangers in their own land and local services placed under impossible strain. However, it is just as true that high immigration can be indicative of a country’s existing social weakness: just as a nation has borrow on the bond markets to finance an economic deficit, it has to import human capital to conceal the failure of its own social policies and culture. Obviously, such sticking plaster solutions become addictive, with politicians kicking the can further down the road rather than tackling the long-term issues.

Of course, the fact that migrants want to come to your country in the first place is in some ways a sign of its relative strength: our country has many huge positives, some of which are so ancient that we take them completely for granted: freedom under the rule of law, English as the world’s lingua franca and so on. However, in other ways Britain’s social capital is weak: its poor schools and very high levels of family breakdown have undeniably been a major factor in our adoption of a low productivity, high participation model, reliant on cheap migrant labour and other ultimately socially destructive policies, such as pushing mothers out to work. Such myopia has left Britain very poorly placed if automation continues to eat its way up the value chain as expected.

Evidently, the cowardice and cynicism of politicians is mostly to blame for our predicament, but a good deal should also be shouldered by Britain’s lazy corporate rent-seekers represented by the CBI: our companies, with some honourable exceptions such as JCB, have shown little inclination to step into the breach and take an interest in high quality training and education, instead preferring to lobby on behalf of the European Union with all the high immigration and regulation that entails, while inflating executive pay to grotesque levels. That we have such an industrial culture in the first place is also a sign of weak social bonds and the lack of social obligation the elite feels towards the weaker elements in British society.

Last week’s shocking news that half of boys fail to reach basic attainment standards at 11 is just one of the sad litany of dismal statistics we are all familiar with. Even sadder is that these trends – and their root causes – have been present in British society for at least a generation but regarded by the career political class as too difficult (i.e. too dangerous for their own career prospects) to solve.

The great American investor Warren Buffet famously said of business that it is “only when the tide goes out do you discover whose been swimming naked”. A similar analogy can be made with a society’s social capital. Assuming Brexit is enacted and the immigration tide starts to ebb, politicians will be finally forced to confront just how socially naked a society we really are.