NewsPaperthe art of publishing
HomeNewsAndrew Cadman: Farage is another Martin Luther. He leads a peasants' revolt...
6

Andrew Cadman: Farage is another Martin Luther. He leads a peasants’ revolt against supranational power 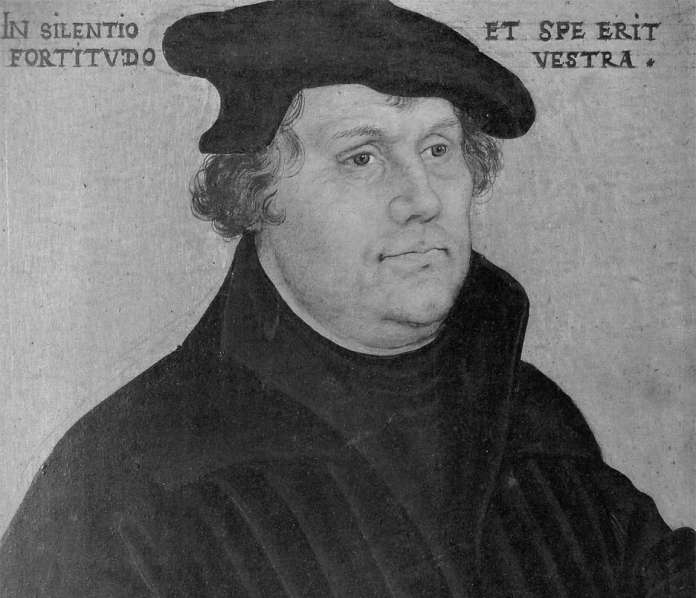 It’s Bladerunner time yet again, with the news that the sequel to the iconic Sci-Fi film is to be made. I must say that I have mixed feelings, partly because no matter how good sequels are, they generally underwhelm, especially compared to such a matchless original. Partly, also, the comparison between the ruggedly masculine Harrison Ford in his prime and now is bound to be rather sad. Granted, Ford’s recent heroic exploits show that he has still got it, but he is one of the last of the classic breed of silent, stoic man (Clint Eastwood and Ed Harris being the others).  His physical decline will be a symbol, perhaps, of the decline of that model of masculinity in the intervening years.

That said, the original film retains all its fascination. We are being subjected once again to the oft-repeated truism that this lies in its quite unnerving prescience concerning the future shape of society: one where a decadent oligarchy sits remotely above the street level of atomised chaos, alienating diversity, loneliness and an unsatisfied longing for meaning and identity.

However, that doesn’t begin to exhaust the fascination that Bladerunner affords: for all its stunning visuals of future technical wonders, the society it depicts – and we live in now – is essentially pre-modern, or neo-medieval.  It is often said that the invention of the printing press was the advent of the modern age – how bizarre then that another communications revolution in the shape of the Internet seems to have brought us full circle!

Today, as then, supra-national organisations intruded heavily into national affairs, with often confused and overlapping jurisdictions: for the Roman Catholic Church in Henry VIII’s time, read the European Union today. Bizarrely, we even have the re-emergence of dynastic politics, with the scions of senior politicians marrying into each other’s families.  Finally we have, of course, a modern day peasant’s revolt, as all over Europe the people rise up against the inequities imposed upon them.

All of which leads me to close on a lighter if perhaps more hopeful note: in three years time, we will celebrate the 500th anniversary of the great Martin Luther nailing his 95 theses to the door of the church in Wittenberg. In that year we are also promised a referendum on our membership of the European Union.

Although, apart from their common love of wine, it is stretch to imagine Nigel Farage as a latter-day Luther, railing against papal indulgences, perhaps he will ultimately be as successful in bringing down our corrupt elites, and the resultant reclamation of national sovereignty will herald our own society’s much-needed reformation.