Andrew Cadman: Is Magna Carta compatible with EU membership? Our political class is silent on the big questions 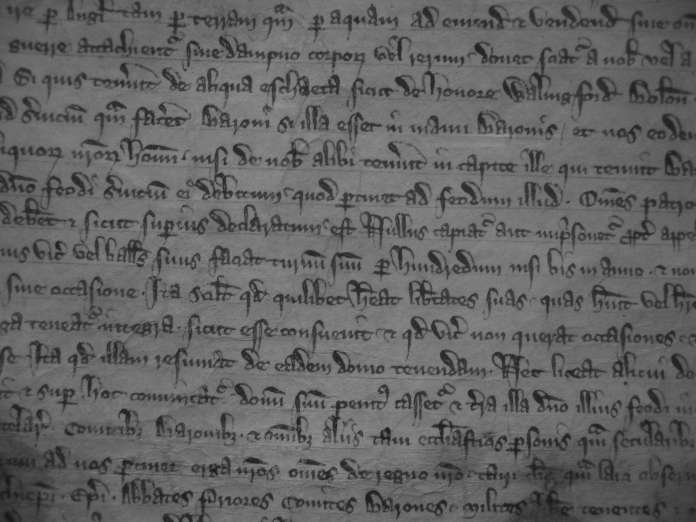 These four may seem unconnected, and that is the tragedy of it.  Firstly to Richard III: fair enough, he is a somewhat controversial figure in history, but nonetheless one who still has considerable resonance in Yorkshire. I remember many years ago visiting the place where he fell in Bosworth field and being amazed to see fresh white roses placed on the spot, over 500 years since his death.  As such he really should have been buried in York, and I am sure thousands of York’s modern sons and daughters would have flocked to the event.

To link Richard III to the modern ‘Northern Powerhouse’ may seem far fetched, but if localism is to really mean anything it cannot be based simply on a dull technocratic exercises such as transport links and business rates. Symbols matter, and particularly so in such a time of social uncertainty and atomisation, when people feel so disconnected from our past: rebuilding a cohesive society means such things should be taken deadly seriously.

If the failure to bury Richard at York is deeply disappointing, the treatment of the anniversary of Magna Carta is nothing short of a national scandal.  Yes, many events are planned this year in commemoration, but as clauses of the Great Charter are still on the statute book, this is truly living history. A country with a strong sense of itself and a grown up political culture would surely wish to frame a general election in this context. What does Magna Carta mean today? Are we still a free people? Could we be freer still? If so, how? Where should the boundary be between individual liberty and collective responsibility? How can we preserve the freedoms granted under English Common Law with membership of an emerging European super-state with very different traditions, and should we even try?

What we get instead, of course, is the dreadful spectacle of the leadership debates, between dreary technocrats with not a speck of flair or imagination between them. On the one hand, a Prime Minister – and a Tory Prime Minister, for goodness sake – whose grasp of history is so weak he once said Britain was the junior partner to the United States during the early years of the Second World War. On the other, a weird nerd seemingly devoid of any kind of empathy with people outside the Westminster bubble.

Society needs the romance afforded by big ideas and momentous events, but an appreciation of that truth is well beyond the political class.  Having no organic link to those they wish to lead, they cannot see beyond news grids, data segments, polls and positioning. Even if they personally could see the big picture, they would still refuse to communicate it to us: their opinion of the British people is too low and their motivations too venal. Perhaps David Cameron genuinely fears a burial at York for that House’s fallen son would lead to resentment in some Lancashire marginal somewhere or, much more likely, that framing an election in terms of Magna Carta would lead to rather uncomfortable questions about our membership of the European Union.

The great Conservative philosopher Edmund Burke once defined society as a contract between the “living, the dead and the not yet born”. Ironically perhaps, it is understandable that a great historical moment such as Magna Carta is not openly debated as part of our political culture because, although it remains on the statute book, its spirit has departed. Burke’s generations yet unborn may one day curse those now living for allowing it to die.

Share
Facebook
Twitter
WhatsApp
Email
Previous articleNick Wood: Cameron will have to go much further to win back his ‘disgruntled Tories’
Next articleReader’s Comment of the Day: Most women prefer family life to a job