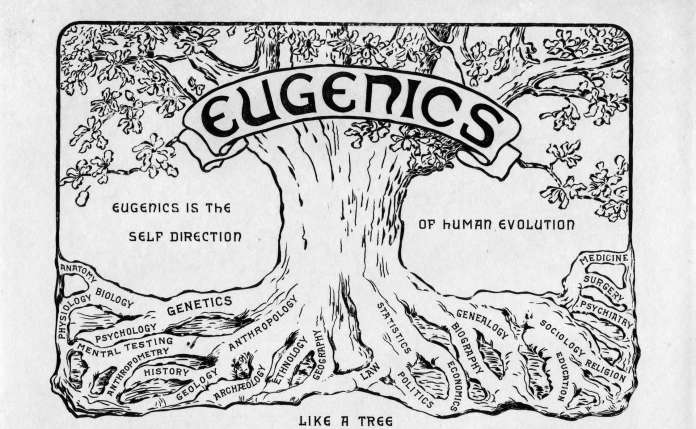 Eugenics is back. Last intellectually fashionable around a century ago, the idea of improving society through selective breeding unsurprisingly fell very far from grace after it heavily inspired the racial theories of the Nazis.

Now, however, eugenics is put forward as a way of solving the problems of the second machine age: in a world increasingly governed byintelligent machines and predictive analytics, the prizes seem set to go tothose with a naturally high intelligence: you will either be clever enough to create the machines and the algorithms that drive them, or you will be replaced by them. (Actually, that is too crude an analysis: Labour market studies have shown that a high level of emotional intelligence seems important for success in the modern world: until machines really do pass and surpass the Turning Test, jobs requiring high social skills will be less threatened than others.)

Science is increasingly showing that intelligence, as well as other traits necessary for success such as conscientiousness, are in part genetically inherited. In an erudite but highly disturbing essay, the columnist Toby Young shows quite convincingly how a highly meritocratic and competitive society can also be a highly immobile one:  highly capable people are filtered through elite academic institutions and professions, meet, andsubsequently marry each other. Their children will also tend to be naturally brighter than average, as well as having all the advantages of inherited wealth and stable, aspirational social backgrounds. Young’s great fear is that such a society will prove inherently unstable, as those below the elite deeply resent being doomed to mediocrity.

Young’s well-meaning solution is to this genetic conundrum is to allow poor parents genetically to screen their embryos and to be allowed to choose the most naturally intelligent one for their offspring. Social conservatives will naturally recoil at suchideas, and the sociologist Peter Saunders, while largely agreeing with Young’s analysis of the problem, refutes his solution as unworkable, as any technology so sanctioned will face irresistible middle class pressure to open it up to all. Finally, of course, is the slippery slope argument – once you start allowing eugenics for purposes of social engineering, it is easy to see why how we may one start to travel once again down the very dark roads of the 20th century: what Churchill once called ‘the lights of perverted science’ could burn bright once again.

Before going down the eugenics road, there are at least partial solutions that social conservatives can offer: an obvious one is, as our co-editor Laura Perrins advocated here at TCW, to create a marriage culture amongst the poorer elements in society, where the institution has all but collapsed. Marriage is known to confer huge benefits on the prospects of children, and it would be very interesting to compare the benefits of marriage versus genetic inheritance on social mobility.  A second solution would be to allow an element of academic selection in education, allowing bright children from poor backgrounds the chances that grammar schools once afforded them.

Finally, Saunders notes, social stratification by intelligence would be much less of a problem in society if all levels of society continued to benefit from technological progress in terms of rising living standards and quality of life. Instead, it would seem those at the bottom are doomed to lose out: could it be that the whole direction of innovation in society has been unnecessarily skewed in ways that instead ofaugmenting human capabilities, merely replaces them? More on that subject later.

Share
Facebook
Twitter
WhatsApp
Email
Previous articleRev Julian Mann: There is no salvation from sin and death without the Lord Jesus Christ
Next articleNick Wood: Comrade Corbyn means never having to worry about a Labour government again