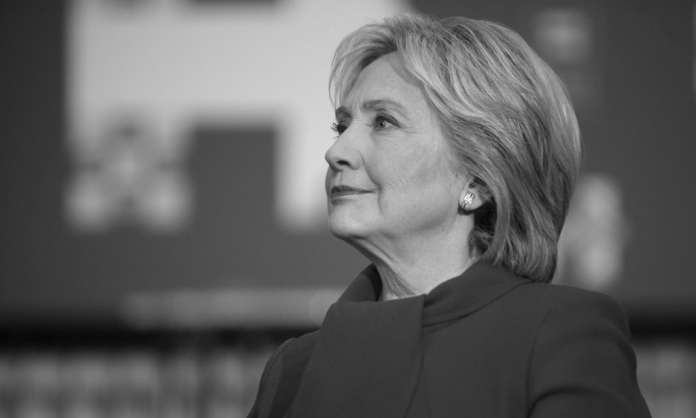 And so Hillary Clinton is now the official Democratic Party nominee for the Presidency of the United States. Inevitably, the focus has been on the fact that it is the first time a woman has achieved that position, but in reality a far more significant event is that she is the wife of a former president. Politics in the United States, supposedly the ultimate meritocratic society with a population of over 300 million, is becoming a dynastic affair.

America has had political dynasties before of course, and none have matched the film star glamour of the Kennedys back in the 1960s. However, this latest presidential contest had candidates from not one but two families whose family members had been president previously: Jeb Bush is the second son of President George H.W. Bush, whose first son George ‘W’ had already been president after taking over from Bill Clinton, who is of course married to Hillary.

It’s a trend we see all over the Western world: Marine Le Pen, perhaps the next President of France, took over the Front National from her father, Jean-Marie Le Pen. Her niece, Marion, is also a Front National MP, the youngest in France’s history. In Britain, many ‘Red Princes’ such as Hilary Benn and Stephen Kinnock have followed in their fathers’ footsteps to become Labour MPs.

The rise of women has brought a new twist to dynastic politics: traditionally positions would be inherited by sons or daughters, whereas now, it seems, they can be inherited by marriage, the apogee of the “power couple” trend that emerged in the 1990s. The new internationalism of the elites even means senior politicians are marrying each other’s counterparts in other countries: Stephen Kinnock is husband to the former Danish Prime Minister Helle Thorning-Schmidt. Politics is just the most visible part of this tendency: senior politicians are now very often married to very high flying figures in the international business or legal world, and there must be similar cross-pollination happening within business and the senior ranks of the professions.

The global elites are also finding new ways of assuring the continuation of their dynasties: one of the reasons London and Zurich are such a magnet for them is the number of very high quality private schools available to school their offspring. The international enthusiasm for gender quotas at company board level, is, I think, less to do with feminism than a subconscious desire to create an interlocking web of power relationships based on family ties: perhaps, in future, powerful families will attend Davos together as an extension of the family holiday.

Although dynasties have always existed, they were usually associated with anti-meritocratic, pre-modern societies governed by a small ruling caste. The most worrying thing about modern dynasties is they may form as a consequence of meritocracy: in a knowledge-based economy, society is becoming both genetically and environmentally filtered and stratified: intelligent young people will often meet and marry their counterparts at university, and their children will then inherit all their genetic and environmental advantages. Consequently, social mobility is stagnating.

You don’t have to be a seer to see enormous dangers in these trends, made all the more ominous because they may prove unstoppable using any practical measure social conservatives would find morally acceptable. All small elites eventually become corrupt and complacent unless challenged, and elites based on blood and marriage are more prone than any other. Reaction to that is inevitable, and perhaps the rise of Trump and the recent Brexit referendum are the canaries in the coal mine, warning of us of much greater dangers ahead if the masses continue to feel sidelined and ignored.