NewsPaperthe art of publishing
HomeNewsAndrew Cadman: The EU supertanker heads for the rocks
21

Andrew Cadman: The EU supertanker heads for the rocks 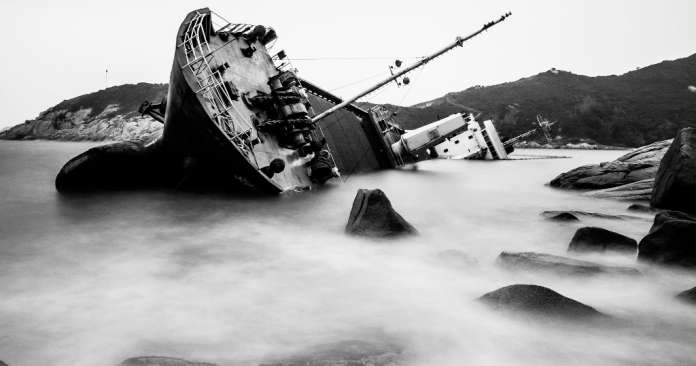 In his fascinating history, The New World of the Gothic Fox, Claudio Véliz likened the Anglo-Saxon cultural experience in North America to the diversity and flexibility of the Gothic architectural form. The relative inflexibility of Spanish South America was instead symbolised by the Baroque dome. Consequently, Anglo-Saxon North America thrived, whereas the Iberian south, once far more prosperous, eventually declined.

It is tempting to see our current and future relations with the European Union in such a way. Just as the experience of the successful counter-reformation instilled in the Spanish an unbending ultra-conservatism, the horrors of world war taught the new Europeans that there was no alternative imaginable to a united Europe. As a result, the massive, Baroque institutions of the EU are clearly incapable of even the slightest reform, dooming the Continent to stagnation. In contrast the nimble, gothic Brits are once again sailing free, well placed to adapt to and profit from globalisation.

Tempting, but false and dangerously so. The EU is not a static body, but a dynamic one, still intent on ploughing onwards towards its “eutopianist” goal of “ever closer union”. Despite the unending catastrophe of the euro and its open borders policy, nothing, nothing at all, will make it change course: it is now like giant oil tanker sailing towards the rocks by virtue of its own colossal momentum, full of flammable liquid and posing a threat not only to itself but all around it.

The EU is now developing an army, and there is every reason to fear that it will one day be used with truly calamitous results. Tragically, in recent years we have seen what happens when spoilt and pampered men, desperate to prove their virility, control armed forces. It is very easy to imagine future EU leaders behaving in exactly the same way as Bush, Cameron and Blair. The engineering of conflict could also serve as a displacement activity from the bloc’s internal woes, or perhaps most alluringly of all, to bind its squabbling peoples together against a common enemy, almost certainly Russia. Alternatively, such an army could even be used to crush internal dissent as the people become increasingly restive.

Now, a confession: as I was forming ideas for this blog, I became aware of long dormant and ancient prejudices being resurrected from deep within my Anglo-Saxon Protestant soul: a view of continental Europe as an irredeemably dark and threatening entity, a place of black shirts and black crow priests that has haunted the British imagination down the centuries. It is very easy to see how the prejudices I plead guilty to could re-emerge on a national scale, tempting the British, as we have done so many times down the centuries, to disengage completely with “Europe” at a critical juncture, just as the relentless fanaticism with which the EU pursues its ideals lead the Continent into ever greater disaster.

Brexit must be better and bigger than that. We cannot stop the EU seeking to develop its own army, but we can help to dismantle the EU itself by offering the Continent a constructive alternative. We must look to formulate and encourage a different view of Europe, based on trading, independent democracies, and thereby entice others to leave its clutches while they still can. That will not, of course, help our relations and negotiations with the EU in the short term – far from it – but then they seemed doomed to acrimony in any case. I would rather that than wake up one day to find an unstable, 500 million-strong militarised dictatorship just across the Channel. It is a real possibility. Far from disengaging with Europe, we must be involved in sculpting its future more than ever before.

Share
Facebook
Twitter
WhatsApp
Email
Previous articleTamara Chabe: Labour must reconnect with its working class base to have a hope of power
Next articleCraig Byers’s BBC Watch: Auntie concedes political bias – but only against Corbynistas