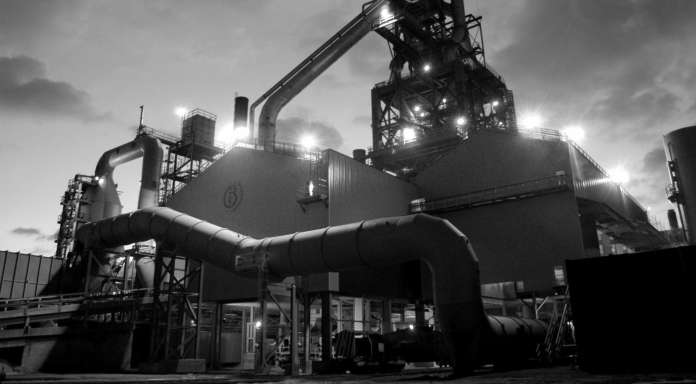 Two apparently unrelated stories in the news are the mass closure of UK steel plants, and the leaked UN report on the decriminalisation of drugs.

At the risk of raising the ire of the TCW editors, the UN needn’t have bothered: the most dangerous and immensely destructive drug in circulation is already entirely legal and consumed in huge quantities by our elites – dopamine: the feel-good hormone associated with narcissistic self-love, socially expressed as ‘virtue signalling’. Like any drug, the user craves higher and higher amounts once hooked, and consequently the public expression of addiction becomes ever more extreme; the user ever more erratic in their actions. As addiction really starts to take hold, it starts to affect the lives of those who come into contact with the addicted.

Virtue signalling by our political elites has now reached truly grotesque proportions, and is skewing public policy with immensely destructive effect: steel, an industry that still provides working class men with jobs and dignity, is being completely destroyed by a combination of Chinese dumping and the insane carbon reduction policies of our political masters. Whether or not you believe in man-made global warming, the unilateralism of the European Union (and by extension our own government) on emission targets helps carbon reduction not one jot, but is extremely effective at transferring industrial capacity abroad. Once gone, it will never return. But who cares? The selfish dopamine junkies of our metropolitan elite must always have their fix, no matter what the cost to others, effectively no better than a down and out heroin addict stealing the possessions of others in order to feed their habit.

An even darker side to addiction, in a subject where darkness is in plentiful supply, is the aggressive intolerance of the addicted when denied their fix: if reality is unpleasant, then reality, not the addict, must change. This, too, is expressed in the sinister and intolerant direction of public policy. Not enough women in science and technology? Create a classroom Stasi of child snitchers!  You don’t agree that taking more “refugees” is a good idea? How terribly suburban of you!

Just as an addict in a family can completely destroy it: the dopamine junkie culture of the London elites is progressively destroying the rest of the UK.  Northern industry, built at enormous cost and sacrifice by ordinary men and women, is being destroyed by an effete London-based elite that probably regards a paper cut as a major industrial injury. If you ever wondered why Scottish nationalism has taken such a hold, look no further: it is an expression of revulsion against the excesses of London’s culture, not England as a whole. Perhaps it is time for the rest of the UK family to kick its addicted sibling out of the family home, and declare UDI from the London and its grotesque, self-adoring elites.

Share
Facebook
Twitter
WhatsApp
Email
Previous articleDavid Keighley: Kids Company was a cult centred on Batmanghelidjh’s giant ego
Next articleBelinda Brown: Now the Scouts are to be transformed into a feminist front