NewsPaperthe art of publishing
HomeNewsAndrew Cadman: Will the Tories betray the Brexit revolution?
115

Andrew Cadman: Will the Tories betray the Brexit revolution? 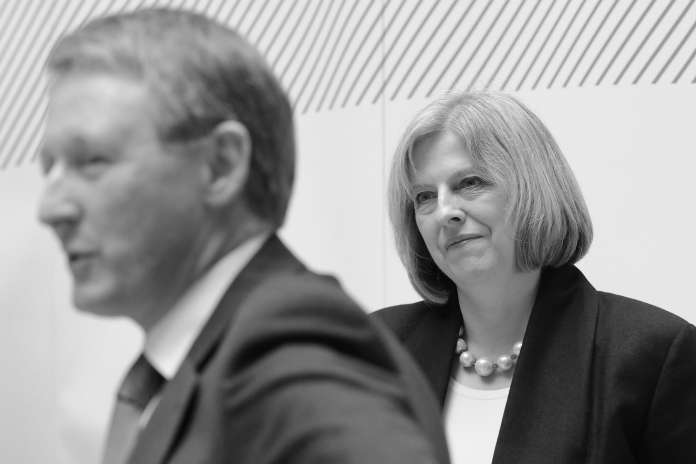 For once, the clichés are justified. We really do stand at a momentous juncture as a nation. The decisions made in the next few months will determine the path we take post-Brexit. Will we take a bold leap, or will we take the timid, tepid, half-hearted path, row back to a “Brexit-lite”, squandering what really is a once in a century opportunity?

To say “we”, of course, is incorrect: unlike the brave Brexit decision made by the British people as a whole, the path it now takes will depend entirely on the internal politics of the Tory Party, an institution with a somewhat dubious history when it comes to putting the nation before its own needs.

Let us look at the situation cynically from the point of view of Tory self-interest. There are four years to go to an election and the Opposition is in meltdown. No other challenger is likely to arise. However Brexit is not without considerable short-term risk. Rather than do what is best for the country fifteen or twenty years hence, how do you ensure your domination for the foreseeable future?

Firstly, one imagines there have been some rather interesting phone conversations from major Tory corporate donors over the last few days to the various likely leadership candidates. Shocked and panicked by the threat of removal from the single market, a great deal of pressure will brought to bear by vested interests to ensure such very agreeable arrangements continue: free movement of cheap labour, crony capitalism via the Brussels regulatory regime and, of course, tariff free access to the EU market.

Secondly there are the demographics that the Tory party will want to court going forward: as we know, the young and well-heeled were strongly in favour of remaining in the EU, the old and poor strongly for leaving. Moreover, a considerable chunk of passionately pro-EU, rich urban liberal voters who previously voted Blairite New Labour, Liberal Democrat or Cameroon Tory are now up for grabs.

It was rumoured that had David Cameron won the referendum, he planned to isolate his right wing and hoover up those chic urban demographics currently looking for a home in order to create a centrist, metropolitan liberal party that would dominate politics for years to come. Post-Brexit, that strategy could still look very attractive. Cynicism and cowardice – qualities never in short supply where the Tory Party as a whole is concerned – may therefore dictate that a “Brexit-lite” option looks far more preferable compared to the violent dislocation and uncertainty that Brexit proper would entail. Yes, working class voters would feel horribly betrayed and Ukip would undoubtedly reap the benefit in many Tory constituencies around the Thames estuary, but that may be a price worth paying for the eternal gratitude of major corporations and those well-heeled voters who have become accustomed to their cheap Polish builders and nannies.

Yesterday, the various Tory party candidates for the leadership put their hats into the ring. Ultimately, the party membership will choose the new leader, so we are essentially reliant on their decision plus the integrity of the winning candidate.

In essence, the future of our country relies entirely on whether the Tory Party can rise to the Brexit challenge.