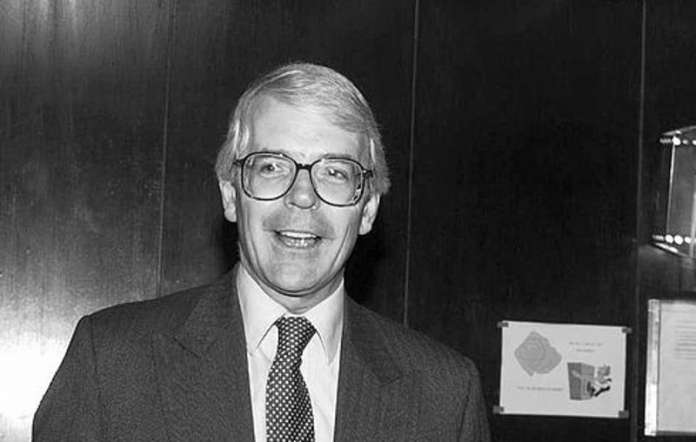 “The most popular Prime Minister since Churchill”, gushed the media.

The Prime Minister in question was, of course, John Major in 1990, during his post-Thatcher honeymoon period. Now the lamestream press is following the same narrative with Theresa May, forgetting – for the moment at least – how it all turned out for Major in the end.

Theresa May is often compared to Margaret Thatcher on the rather obvious (and stereotypical) basis that she is a woman. In fact, she is much closer to the now half-forgotten John Major: an initially very popularPrime Minister whose career crashed and burned after Britain’s ejection from the European Exchange Rate Mechanism in 1992. Both came to power after a period of division in their party and the country and in morally dubious circumstances: Major sat out the defenestration of Thatcher, supposedly having his wisdom teeth removed; May campaigned very half-heartedly for Remain in the Brexit Referendum, then grabbed the crown from those who led from the front. Both were seen as ultra-cautious, unshowy but genuine characters whom the public thought it could trust to heal the wounds of a divided society.

Both, also, were enigmas, and this point was crucial to their initial success. Counter-intuitively, in politics being something of a sphinx can be very good for one’s personal brand. The same is true in other media-centric fields. Harrison Ford, Clint Eastwood, Kate Moss –the public are endlessly fascinated with these icons precisely because they say very little in fields dominated by attention seekers, always trying to work out what lies behind their taciturnity.

However, I suspect that in most cases nothing lies behind the silence, nothing at all, and that is how it was with John Major and indeed Theresa May today. Their initial popularity is explained by the electorate’s projection of their own prejudices and beliefs onto the blank slate of their public personas: Major was initially thought to offer Thatcherism with a human face; May is often – with very little evidence – thought to be something of a social conservative.

That said, May is in a much stronger and luckier position than Major: he came to power after a very long Tory reign, leading a deeply divided party against a recovering opposition; May’s Tories are relatively united and face a Labour Party resembling the Tooting Popular Front. As such, she willsurely win the overwhelming majority that the unfortunate Major lacked.

It is also May’s astounding good fortune to have been given a brief – Brexit – that plays very strongly to her strengths as a doer rather than a thinker. In different circumstances, she would have struggled with the “vision thing” that true leadership requires, just as Major did. As it is, she has had “greatness thrust upon her” and may go down as both a successful Prime Minister and a significant historical figure.

Theresa May, or maybe not. It is very possible that her innate caution – or lack of courage depending on your prejudices – could be her undoing if the EU, as seems increasingly likely, forces her hand. Given the choice between a diamond-tipped Brexit or a soft compromise, will she find the daring to declare unilateral free trade, or will she buckle?