NewsPaperthe art of publishing
HomeNewsAndrew ‘do a deal’ Neil: Wrong on democracy, wrong on Brexit
8

Andrew ‘do a deal’ Neil: Wrong on democracy, wrong on Brexit 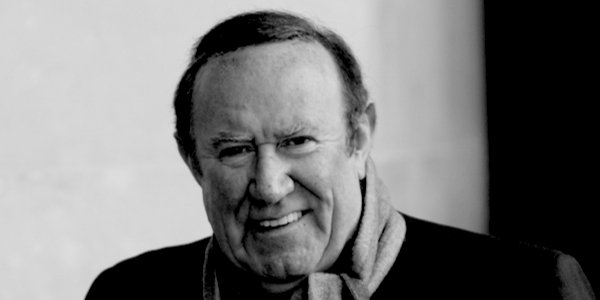 I’M usually a fan of Andrew Neil, but his piece in yesterday’s Daily Mail which argues that any Brexit deal would make Western liberal democracy remain a shining beacon and a bastion against the ‘authoritarian’ regimes of Russia and China as against a no deal that ‘would be a nail in the coffin of Western democracy and celebrated by Russia and China’ is, I regret to say, drivel.

What about the equally authoritarian gauleiters of Brussels? They are seeking to impose their rules on us even after this country rejected remaining in the E, and they answer to no one.

Neil then cites President Trump and India’s President Modi as examples of failing Western leaders. He must have forgotten that Trump is the first US president for ages not to have started a war, that he rebooted the US economy and secured the nearest to peace in the Middle East seen in years. And that Modi rooted out much of the graft that has held India’s development back.

Neil, of course, sees them as authoritarian strongmen – neglecting to note that they were both democratically elected and removed (Trump) or re-elected (Modi).  Or does the think that ‘authoritarian’ means ‘anti-establishment?’

.The reality is that the big government he praises doesn’t work. It should, but while it swears blind that it exists to serve the public as that becomes more complicated, governance becomes ever more self-serving and then ever more doomed to fail – as the Soviet Union demonstrated. Or the UK today, where the organisation that was supposed to have prepared for pandemics simply did not.

Where, instead, in the name of ‘following the science’ (which does not exist as a singular view – and never did) the Government has persuaded itself that it can wage war on a virus by incarcerating its population and destroying its economy.

It achieved this with the support of much of the mainstream media – that’s you, Mr Neil – and the conversion of the BBC to its propaganda arm.

The awful, horrible truth is that it’s hard to describe this country as a liberal democracy any more, (other than in the sense that East Germany called itself the German Democratic Republic). Part of this transformation from the cradle of democracy to a Stalinist, failing state was the ceding of increasing powers to Brussels.

Fixing the country requires first removing the EU from our lives, which is why the non-Government payroll half of the UK, those who created the wealth that paid the taxes which put bread on the bureaucrats’ tables, voted to leave. Years of contempt by the likes of Labour’s Emily Thornberry led to it.

The No Deal scenario is, for sure, temporarily economically inconvenient.  It is also the EU’s inevitable position – Brexit is a disaster for them.  No Deal could have been avoided by significantly more clarity and robustness from the UK in the opening days.

But our ‘Western Liberal democratic leader #1,’ Call me Dave, had a hissy fit and resigned rather than do his job. His replacement turned out to be the hopeless, hapless and helpless Theresa May.

And thus we got Bozo, who for all his apparent vigour and panache, and ‘oven-ready’ deal, turned out to be half-baked.  When it became clear that the EU was going to play hardball, (surely a surprise only to him), he should have ended discussions.

Instead, having announced the talks were over – again – he immediately undermined his (that is, our) negotiations and went for dinner with Ursula.  As they see it, he blinked.

The ‘No-Deal is a disaster’ mantra has been spouted by the Government payroll and Establishment since before the referendum.  Liam Halligan wrote a compelling demolition of this case called Clean Brexit. Mr Neil and the rest of the mainstream media should read it.

The clean break, which is a far more accurate term than ‘No-Deal’, works.  And, of course, it does not preclude a subsequent deal, but starting from a blank piece of paper.

The British people have, no doubt to the fury of the Establishment voted to leave the EU five times:

1. EU Parliament elections, May 2014. UKIP topped the poll by some margin.

3. UK General Election June 2017. Based on May’s promise to implement the referendum result.

4. EU Parliament elections, May 2019. When the Brexit Party won.

5. General Election, December 2019. On the basis that Bozo promised to get Brexit done.

It seems only just to be dawning on EU chief negotiator Michel Barnier and French president Emmanuel Macron that we mean it.  Had they not been so intransigent, a deal would have been done.

As it is, Macron is now terrified of the consequences – and it’s not just fish.  If Dover and Folkestone get snarled up, so do Calais and Boulogne.  Airbus wings and engines (plus minor systems) are made in the UK.  We drink French wine and drive French cars.

And yet Barnier says that ‘if the UK could move a little, then a deal could be done.’ Perhaps, but it’s also true that if the EU were not insisting on the (highly skewed) ‘level playing field’, the deal would have been done years ago.  But of course, none of the media made that point.

I suspect that it is belatedly occurring to the Establishment that once Brussels is out of our lives, the buck stops with them.  It is possible that ungrateful Brexiteers may not be content with getting our country back – we may want to restore competent, representative and accountable government.

I hope that Bozo has also realised that we’re a tad restive right now.  If he comes back with a Brexit In Name Only and seeks to bounce it through the Commons, the need for social distancing is unlikely to protect him from the wrath of his paymasters – us.

And it may well be that the Russians and Chinese see Brexit for what it really is – the triumph of liberal freedom against a corrupt, failing, self-referential, centralised bureaucracy which at last liberates (what was) the worlds fifth-largest economy to do what it does best; trade, invent and finance globally. And uphold the rule of international law – if necessary starting in the English Channel at midnight on December 31.