NewsPaperthe art of publishing
HomeNewsBe careful what you wish for on free speech, Mr Johnson
42

Be careful what you wish for on free speech, Mr Johnson 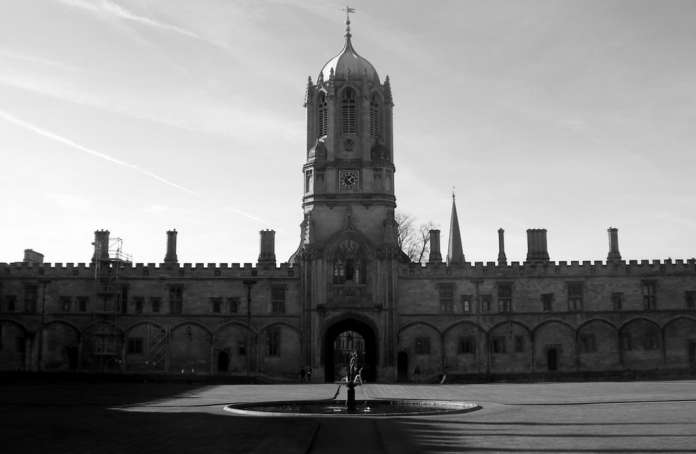 When a politician slips out a piece of news to a public replete with turkey and mince pies, watch out. You will have read of Education Minister Jo Johnson’s trenchant, uncompromising espousal of free speech in universities on Boxing Day at the Limmud Festival in Birmingham, with its threats of financial consequences in the case of backsliding. It’s arguably a step in the right direction; but looked at more closely, it was neither as trenchant nor as uncompromising as you might like to think. Let me explain why.

As with most statements waxing lyrical about free speech, it’s the bit after the ‘but’ that matters (as one earthy American commentator quipped, the size of the ‘but’ in such cases tends to be comparable with part of Ms Kim Kardashian’s anatomy). Mr Johnson, having rightly excoriated ‘no-platform’ policies, then emphasised that institutions had at the same time to ensure that they left no space for ‘hatred, discrimination, extremism or racism’. Now, on one level that’s good. Universities and student unions have no business adopting policies that are hateful or extreme, nor yet practising discrimination or racism. The stupid anti-Semitic antics of 2016/17 NUS president Malia Bouattia are an ample reminder of that. Indeed, discrimination and racism are largely illegal already. Quite rightly, no students’ union is allowed to refuse a platform to a speaker simply because he is Jewish or Israeli or homosexual, and a speaker who openly calls on audiences to detest Americans or black people is breaking the law.

But think for a moment. This vague reservation for hatred, discrimination, extremism or racism has the potential to go much, much further. Suppose a student society wants to have a debate on gay marriage, or – very topical at the moment – the proposal for gender reassignment on demand without medical endorsement? Any opponent of either is calling for different treatment for one group – isn’t this advocacy of discrimination that is beyond protection and needs to be silenced? What about a talk from a pro-lifer on abortion? That could be worse: it could (it can be said) lead to hatred, either of people who undergo the procedure or for that matter those who administer it. Again, think about a law school round-table discussion on European refugee policy, or for that matter what ought to be done about the Grenfell debacle. Hmm: dangerous. There might be argument for drastic limitation of refugee rights, or a challenge to the orgy of victim culture that since last June has surrounded Grenfell (where most of the victims were non-white). Someone at least would be able to read racism into either argument: better to be safe than sorry and refuse to allow it into the discussion. A debate on halal slaughter, the policies of the UK Libertarian Party – it does exist, I promise – or alleged indoctrination in faith schools? A clear and present danger of expressions of extremism in all three cases.

True, all the above examples come from the Right. But this is not a case of the Right seeking to look after its own. Assuming a university looking for an excuse to avoid trouble – a perennial preoccupation among higher education top brass these days – Left-wing causes are also at risk. An invitation to the Venezuelan ambassador to put his case, which he ought to have every right to do, would risk accusations of extremism and possibly hatred. Just think of the opprobrium heaped on those appalling counter-revolutionary bourgeois capitalists. So too with a debate between different schools of contemporary feminism (hatred of TERFS); an address advocating an academic boycott of Israel (racism, discrimination); advocacy from an ageing Marxist of workers’ takeover, if necessary outside the strict legalities, of the means of production and distribution (extremism); the list goes on.

Actually the current law, in the shape of s.43 of the Education (No 2) Act 1986 (here for those interested), goes much further than Mr Johnson’s proposals in promoting freedom of speech. Under this, any speech within the law (i.e. which is not actually illegal) is protected, and must not be interfered with by the university, its students and its employees. No ifs, no buts. The difficulty, of course, is that one has to be prepared to go to the expense of litigation to invoke it; and, as universities and others know well, most speakers and student societies do not have the money to do this.

It would be an irony if, as a result of the latest move to restore freedom of debate, vice-chancellors seeking peace and quiet, and student unions seeking stridency, were to be given an extra weapon when faced with troublesome speakers they’d like to ask to go away: that they were only doing what the minister responsible for higher education told them to do over Christmas 2017.