NewsPaperthe art of publishing
HomeNewsAndrew Tettenborn: It is not racist to warn immigrants of our treacherous...
17

Andrew Tettenborn: It is not racist to warn immigrants of our treacherous seas 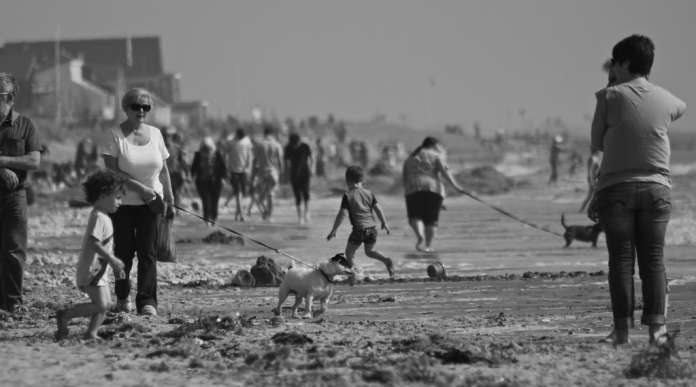 Parallel to the fall-out from the Grenfell Tower disaster, a lesser drama has been playing out this week seventy miles away in Hastings, in the more prosaic surroundings of the East Sussex Coroner’s Court.

Camber Sands, near Rye, is one of the best and most popular beaches for Londoners and others living within day-trip range of that part of the coast. In August last year, however, five unfortunate members of the Tamil community drowned there in treacherous sand and tide conditions, just a few days after a Brazilian, together with a person who tried to rescue him, had met a similar fate.

We are now in the middle of the inquest, and tempers are beginning to flare. Unfortunately, while TCW has nothing but sympathy for the relatives of these victims, what we are seeing is a microcosm of a good deal that is wrong with English society.

First, we have the rampant blame culture. Whenever something bad happens, it must be someone’s fault. The lawyer for the victims has been aggressively questioning relatively junior employees of the local authority, with the aim of showing that the authority must have been criminally irresponsible in not arranging for a full lifeguard service; predictably, the BBC has piled in with its own two cents’ worth, gleefully saying that an offer by the RNLI to provide lifeguards had been turned down earlier (read between the lines: because of the awful cuts). No doubt, with these foundations, law firms will be licking their chops at a possible high-profile negligence claim.

It never seemed to strike anyone that this question “provided by whom?” is actually quite a difficult one, which certainly doesn’t answer itself and can’t be dealt with by mouthing a lazy mantra such as “safety is paramount”.

By whom, then? Central government? The case is by no means clear. Safe roads to drive on, safe towns to live in and a well-administered state to work in are one thing. Positive and often expensive measures to save us from endangering ourselves when we choose to exercise our right to swim in the sea for our own amusement is something rather different. Local government? Much the same applies. And in addition the ratepayers of East Sussex might well have something to say about their money being spent for the benefit of people many of whom have nothing to do with Sussex (don’t forget that the seven deaths were all Londoners down for the day).

Third, you might have foreseen that someone, somewhere, would play the race card. And you won’t be disappointed. One official, trying to be helpful, made the point that many visitors to Camber today, including those who unfortunately lost their lives, came from other cultures which might not have the native caution of English beach-goers when rushing into the rather treacherous seas around our coasts.

An obvious observation, one might have thought: but not these days. The lawyer for the victims was onto him in a flash: “Are you,” he barked, “going to stop attributing the deaths to the race of those who died?” For some, at least, a clean slate of anti-racism seems more important than recognising that some visitors to this country might be in more danger than those who live here and taking steps accordingly. But then we all know that making pious noises about racial equality and avoiding victim-blaming is what really matters: much more than looking at the world as it is and possibly using our knowledge to make it a better place.