NewsPaperthe art of publishing
HomeNewsAndrew Tettenborn: The State calls time on pubs for all
49

Andrew Tettenborn: The State calls time on pubs for all 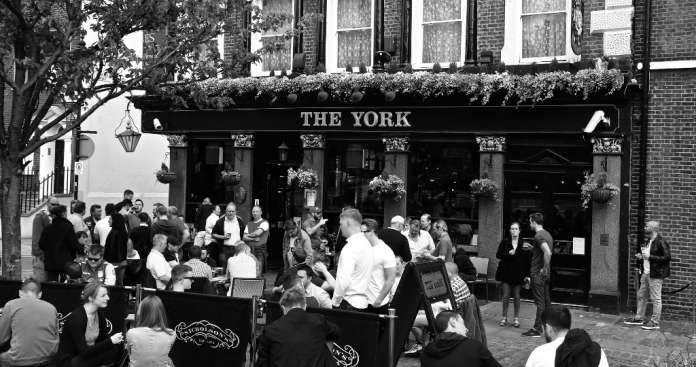 Planning inspectors in one London borough are due a little excitement. Forget boring things like spotting unauthorised conservatories or illegal multiple occupants in three-bedroom houses. Under the latest wheeze from Labour mayor John Biggs, functionaries in Tower Hamlets will soon be tasked with ensuring gay pubs are gay enough.

The Joiners’ Arms in Cambridge Heath, a venue currently in with the LGBT crowd, is due for redevelopment. A planning condition has been imposed requiring the developers to provide not only another pub, but another LGBT joint, to remain so for at least twelve years and be regularly inspected to ensure it isn’t a “gay bar in name only.” (This from the council’s so-called “culture at risk officer”; some TCW readers might idly wonder in what sense gay culture is regarded as being at risk, but that’s another matter).

A predictably cynical Labour pitch for the metropolitan pink vote? Of course. It also reflects a coup for the increasingly authoritarian LGBT lobby; elsewhere, witness its efforts to try to limit what the rest of us can say, not to mention its success in insisting on having swathes of the London Underground painted in the colours it likes for its own propaganda purposes. But the episode is more significant than that.

For one thing, naked identity politics like this promotes a rather unhealthy sectarianism. By all means insist on space for a pub in this otherwise featureless redevelopment: but make it one for all the residents of Cambridge Heath, on the basis that the planning laws exist to benefit the community generally.

What is wrong with Tower Hamlets’s approach is that it is using them for a very different purpose. It is taking a section of the population and officially exhorting it to think that, rather than being just members of the wider community who happen to be LGBT (and in other respects probably share many characteristics of the majority), it has the right to regard itself as an artificially separate group, identified not by needs but by perceived grievance, and to demand segregated places of entertainment where it can avoid mixing with the rest of us. So much for integration.

For another, while progressives argue that, for local authorities, ensuring fun for LGBT people is just as important as providing other interest groups with symphony concerts, sports halls, or whatever, this is simply not true. The point about sexuality, which progressives invariably miss, is that it’s not the same as a hobby or membership of the community of music or sports lovers. It is a wonderful and vital part of our humanity: but it isn’t, or shouldn’t be, something you proclaim to the world as a shared passion that shows the sort of person you are, in the same way as you might say “I’m a fanatical Arsenal supporter / dead keen on Steeleye Span.”

Saying this in conversation over lunch with a relative stranger is acceptable. But try saying to the same person “I’m lesbian” (or for that matter heterosexual, transexual, or anything else in the alphabet soup that now follows LGBT+). This quite rightly evinces the response “I don’t want to know about your private life”, and a feeling in the other party that there is something badly wrong – and, we should add, very sad – about someone who has been encouraged to regard sex in the same light that the rest of us regard hobbies or football loyalties. True, those who share a given sexuality may spontaneously associate together in a particular kind of environment. But this is no reason for local authorities to provide them with facilities at the expense of outsiders for making a public spectacle out of what should be an essentially private matter.

Thirdly, here we have a classic case of officialdom dictating to us in the field of fun. The State, in the shape of Tower Hamlets Council, is heavy-handedly telling its residents not only whether they can have a pub, but what its theme must be. What if the actual demand is for an ordinary local, a sports bar or a jazz-themed speakeasy? Bad luck: the Council knows better what kind of amusement is appropriate. What if times change? Taste is fickle: there’s no guarantee that in three years, let alone twelve, the scene will be the same. But, thanks to the plodding steps of its planners, Cambridge Heath will still be stuck with this white elephant.

The bright spot, of course, is the possibility of ridicule. An opposed planning application in a few years’ time by some future landlord to change the conditions and be allowed not to run a gay bar would have an irony that not even the Guardian could miss. But sooner than that, perhaps we should wait till we see Tower Hamlets sending its little men with clipboards to tramp over Joiners’ Arms 2.0, checking just how LGBT it is, and demanding to know how this can be demonstrated in an objective and robust manner. With a bit of luck, they will be laughed to kingdom come and beyond by the rest of us.