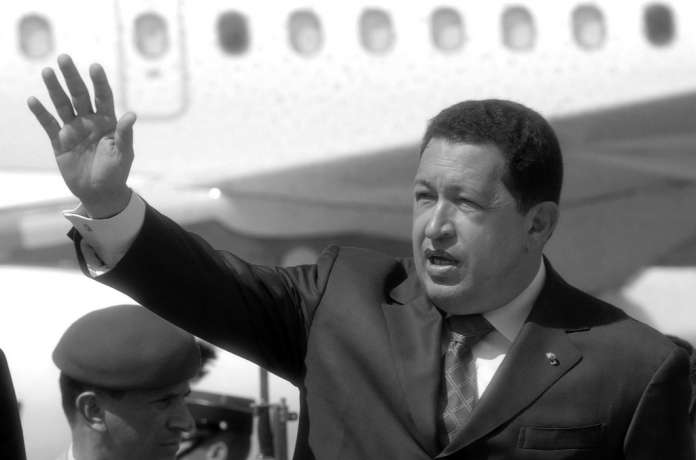 Jeremy Corbyn and the Labour Party lost no time in sending their sympathy during this election campaign to the people of Manchester and London. Notably absent from their condolences was another community riven by violence and distress, nearly twice as populous as both cities combined, in which they had previously taken a close interest and which certainly hasn’t had the advantage of a benefit concert by Ariana Grande.

Since 1999 the unfortunate people of Venezuela have formed the subject of a socialist experiment after the hearts of Jeremy and John McDonnell. Hugo Chávez and later Nicolás Maduro promised the moon to all and sundry, plus widespread nationalisation, to be paid for – echoes of Labour’s 2017 manifesto – by wholesale deficit spending, and of course by big forced contributions from greedy businesses, heartless multinationals and the filthy rich generally.

The result: what should have been one of the wealthiest nations in South America, with more proven oil reserves than almost any nation on earth, reduced to beggary, with shortages of everything from staple foods to lavatory paper, severe malnutrition among the poor, inflation in the thousands percent, and endemic violence (about 70 people have died in civil unrest in the last couple of months). Oh, and a government that has introduced a state of emergency because it knows that popular protesters are right-wing stooges and what is needed is yet more socialism.

Any criticism from Labour? Not a word. On the contrary: Corbyn and Venezuela have long had a love-in. In 2012, when it was abundantly clear that that Venezuela had become a basket case, Corbyn gushed: “Congratulations to Hugo Chávez; huge victory on high poll in clean election. Social justice for Venezuela!” 2013, after Chavez’s death: “Chavez showed us that there is a different and a better way of doing things. It’s called socialism, it’s called social justice and it’s something that Venezuela has made a big step towards.”

And it’s not only Corbyn, in case you’re tempted to think of him as the lovable if eccentric holy fool. Shortly after Maduro was elected to follow Chávez in 2013, a fawning letter in his praise was signed by an embarrassingly large number of Labour MPs, including six of Corbyn’s candidates in the present election: Paul Farrelly (Newcastle-under-Lyme), Fabian Hamilton (Leeds NE), Kelvin Hopkins (Luton North), Ian Lavery (Wansbeck), Grahame Morris (Easington) and would-be Chancellor John McDonnell. Joined, one might add, by Mike Weir (SNP Angus) and George Galloway (who else), together with a motley crew of trade union barons, university professors who ought to have known better, and others.

TCW readers, you now know what Corbyn and McDonnell promise. Use your vote wisely. But please, not before you’ve passed this post to anyone you know in the above constituencies, and any starry-eyed first-time voter who might be thinking of voting for Corbyn as some kind of saviour of the nation’s values.

Share
Facebook
Twitter
WhatsApp
Email
Previous articleLefty Lunacy: Only militant trade unionists get on the Question Time audience
Next articleJane Kelly: We must end the lie that Islam is a religion of peace