Driving a bus through conscience and free speech 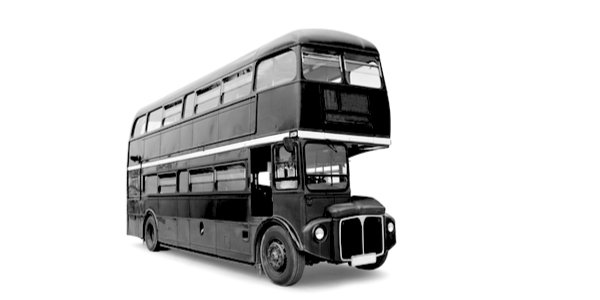 THE Norfolk bus driver who has been suspended for refusing to drive a bus decorated with the LGBT+ rainbow symbol ‘because it promotes homosexuality’ has, to add insult to injury, now been catechised by a Telegraph letter-writer. A Mr Brian Foster wondered how one ‘promotes’ homosexuality, arguing that ‘surely it is not a choice’, though you can, of course, ‘promote compassionate understanding of it’.

One might suggest that forcing people to celebrate sexual diversity and suspending them from work pending a disciplinary investigation is hardly the best way to ‘promote compassionate understanding’. Konectbus, the woke or fearful to offend bus company that took this action against an employee, showed little compassion for a man who presumably signed up for a job driving a bus to transport people, not to advertise a campaign to drive radical and controversial social change.

This is no longer just an issue of free speech, which used to be celebrated in this country and which is about the freedom to voice your opinion and espouse it publicly. This is also about compelled thought and compelled actions, with no opt-out clause for conscience, at sanction of losing your employment. In this case it involved a bus driver who merely wished to spend a few minutes switching vehicles to one without a political message.

The fact that homosexuality may or may not be a choice is immaterial. Gay pride is, however, and it is not every homosexual’s choice either, as a self-declared homosexual wrote in TCW just a few weeks ago.

He is far from alone in his belief that encouraging individuals – including children, who are especially drawn to bright colours – to embrace potentially harmful lifestyle choices is not a sign of progress but a retrograde step indicating that society has ceased to care about the vulnerable.

Compelling the celebration – it sometime seems almost like worship – of the rainbow as representing a variety of sexual orientations or acts forbidden in the Bible can also be seen as targeting Christians, who regard the rainbow as a Biblical symbol of God’s mercy after the great flood, itself caused by Man’s sinfulness. Without doubt it is the most faithful and orthodox of Christians who suffer most under this dictatorship of tolerance as, in one case after another they are forced to act against their consciences for fear of getting the sack, or face the closure of their businesses.

With the public sphere is awash with sexual diversity, Konectbus’s LGBT approval-seeking and meting out such swift and stern punishment for this so-called ‘bigotry’ is more likely to provoke compassion for the driver and antagonism towards the campaign to which so many heretofore have given their unthinking support.

Jumping on the sexual diversity bus is to supply a handy vehicle for Marxism, which sooner or later will collide with civil liberties and end up running over the interests of the very people the new totalitarians claim to champion. The only thing they will find at the end of this particular rainbow will be an empty pot.

PS: Christian Concern has suggested that the bus company may be in breach of the law because it has been ruled that no one can be forced to act against their conscience if they have religious or philosophical objections to doing something.

Andrea Williams, chief executive of Christian Concern, said: ‘The decision of the Supreme Court in the Ashers Bakery case has made it clear that everyone is entitled to refuse to promote a message they disagree with — be that by baking a cake, driving a bus, or in whatever other way. So long as the driver’s objection was to the message, not to the messenger, he has not discriminated against anyone and has broken no law.