Ann shows the Tories what it means to have a backbone 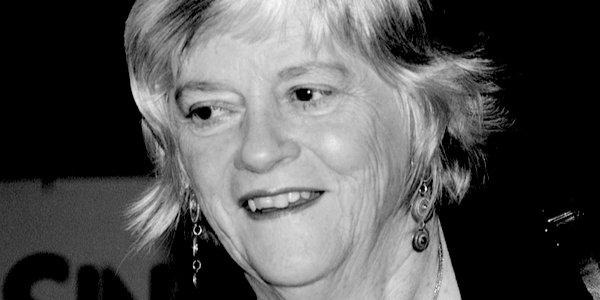 LISTENERS became queasy during the recent maiden speech by a newly elected British MEP. No, the culprit was not the European Parliament’s septuagenarian Brexiteer, it was Martin Horwood, LibDem member for the South West, who hosed in treacle the outgoing President, Donald Tusk: ‘Thank you, President Tusk, for your patience with our government and parliament, and to ask you to ask your successor to continue that policy of time and patience and understanding . . . Brexit is not inevitable!’

Here’s the clip of my intervention today in the European Parliament, #StopBrexit ⁦@LibDemMEPs⁩ pic.twitter.com/rGVrWK7Q3w

To his credit, Tusk remained inscrutable throughout that sickly solicitation, although even he must have been taken aback by the scale of Horwood’s sycophancy. Before delivering his pathetic plea, the boot-licker presumably had to compose himself because, according to his colleague Molly Scott Cato, ‘many British MEPs were in tears’.

Many British MEPs were in tears listening to this

Is the strategy to block any chance of a renegotiation by the EU?

Surely this alienates any but the most ardent Brexit headbangers. Anybody who values our place in the world would hang their head in shame https://t.co/cykIL2z0Mg

The lachrymose LibDem and her colleagues had apparently wept at the address given by the Brexit Party’s Ann Widdecombe, who spoke ‘on behalf of the largest single party in this place’. Are those sobbing acolytes of the EU really shocked that the one group which wishes it did not have to be there, and formed specifically to protest against our continued membership of the EU, is doing exactly that?

Ann had begun with: ‘The best thing for Britain is to leave here as soon as possible’ and ended with her telling Guy Verhofstadt: ‘It doesn’t matter which language you use, we are going and we are glad to be going . . . nous allons, wir gehen, we’re off!’

Brexit Party MEP Ann Widdecombe compares #Brexit to slaves rising up against their owners, telling the European Parliament there is a long history of "oppressed people turning on their oppressors"

Sandwiched between her introduction and rousing conclusion was a passage seemingly intended to rile Remainers and cause the Left to take maximum offence: ‘Britain is right to be leaving this place, hopefully on Halloween. And it is right because there is a pattern consistent throughout history of oppressed people turning on their oppressors: slaves against their owners; the peasantry against the feudal barons; colonies against their empires, and that is why Britain is leaving.’

Inevitably, this triggered the usual suspects: ‘Shame on you’, tweeted David Lammy, taking offence on behalf of ‘my ancestors’.

Anne Widdecombe just compared Britain leaving the EU to "slaves" rising up "against their owners".

It is impossible to explain how offensive and ahistorical it is for you to equate my ancestors tearing off their chains with your small-minded nationalist project. Shame on you. https://t.co/wZVCziXWVM

The EU-loving BBC summoned Miss Widdecombe to justify her anathematic allusions to Newsnight’s Emma Barnett, who declared: ‘It is total white privilege on your part to use the word “oppression” in such an easy cavalier manner.’

“It is total white privilege on your part to use the word ‘oppression’ in such an easy, cavalier manner. You’re playing to the gallery.” @Emmabarnett challenges Brexit Party MEP Ann Widdecombe on her speech comparing Britain leaving the EU with freedom from slavery#newsnight pic.twitter.com/bOLaUI3WX9

Yes, on the BBC, a supposedly serious current affairs presenter really does employ the attitude and vocabulary of a social justice warrior. Under enemy fire, characteristically Ann gave not an inch:

‘I know you’re bright enough to follow an argument . . . “oppressive” has a very wide usage. If you want to interpret that in a melodramatic fashion, then that is entirely up to you. But yes, I stand by the fact that EU law and EU rule are oppressive.’

"I stand by the fact that EU law and EU rule are oppressive."

Lectured by Emma Barnett that ‘you are now in the European Parliament in receipt of payment, you don’t seem very oppressed to people sitting at home’, Ann remained refreshingly unapologetic: ‘The oppressed are the British people, not the MEPs. We merely speak for them . . . I didn’t claim to be oppressed. I claimed that Britain, in that she cannot make her own laws and control her own borders and cannot control her own trade deals, that Britain is subject to oppressive law from the EU . . . Although actually I do feel that when I can’t rely on my own government to govern, but have to look to some supranational body, I do feel that’s oppressive.’

Fortunately, no oppressor has yet managed to subjugate the steadfast Ann Widdecombe. If only other so-called conservatives were equally resolute when faced with an antagonistic interviewer.

The full Newsnight interview can be viewed here.