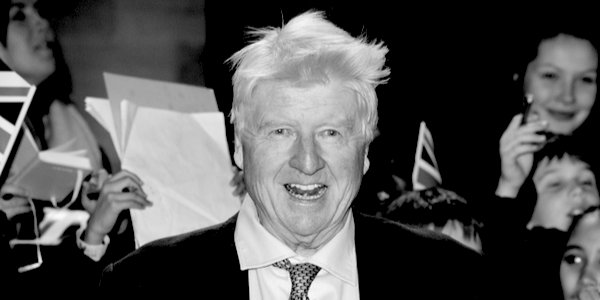 IN what may be an unprecedented world exclusive, yesterday’s Telegraph carried an article by a member of the Johnson family admitting that he’s wrong. Relax! Hell hasn’t yet frozen over, this is Stanley Johnson (father of our PM) saying he should not have opposed Brexit.

If only he had stopped there. Unfortunately his reasoning (which might be a flattering term) is at best bizarre. To summarise, he writes that the EU’s failure to stop using Russian energy as a response to the war in Ukraine has left him disillusioned. He helpfully suggests that the EU pulls its socks up, goes on to quote ‘experts in the energy field’ stating that it will take two or three years for Germany to build sufficient liquid natural gas (LNG) terminals to import replacement gas and asserts ‘I simply don’t believe there is no way that the EU, working as a bloc, could not ensure that within a space of days Germany has the energy supplies it needs. If EU solidarity means anything, surely it means that.’

Why do the inane ramblings of this ridiculous man matter? Well, Stanley is on the Steering Committee of the Conservative Environment Network (CEN) and their ‘international ambassador’. Other luminaries of this lobbying group (it commissions no work of its own, just makes noise) include Ben Goldsmith, its chairman. You may recall that he’s a fan of Extinction Rebellion, which he doesn’t see as in any way compromising his position on the board of Defra. (Quite how he got that role is a subject for another day.)

So let’s look at the numbers (something the Johnson family, the CEN and this government struggle with).

According to the German foreign trade statistics office BAFA, in 2021 Germany imported 142billion cubic metres of Russian gas. That comes out at 1.5million gigawatt hours (GWh).

Producing that much energy from nuclear power would take more than 55 Sizewell C nuclear power stations. Assuming all the gas was made into electricity (it isn’t) at an efficiency of 60 per cent (generous), Germany would still need more than 30 Sizewell Cs. Or, as Germany doesn’t do nuclear at the moment, some 30,000 8MW offshore wind turbines. (Germany currently has 1,500.)

Sorry, Stanley, but there isn’t a cat in hell’s chance of replacing that energy from European resources. So let’s look at importing LNG.

A new, large LNG carrier holds about 75,000 tons, equivalent to 100million cubic metres. So the German gas demand equates to about 1,400 loads of LNG. Unloading such a carrier takes a day, so the Germans would require port facilities to allow four ships to unload every day of the year. Allowing for some redundancy for maintenance and problems (handling LNG is far from straightforward) the Germans need at least six new terminals. Had Stanley spent ten seconds on Google he would have discovered that Germany signed a contract to build an LNG terminal on March 5, to be in operation by 2024 at the earliest. But then fact-checking is also a problem for the Johnson family, the CEN and this government. (By the way, that terminal will deliver only 8billion cubic metres per year, or just 6 per cent of the German need.)

Quite why anyone takes this innumerate purveyor of piffle seriously or publishes his views escapes me. That he has the ear of power through various personal and lobbying networks is alarming, and an indication of the malaise of our government machine. Partygate is just the tip of the iceberg.