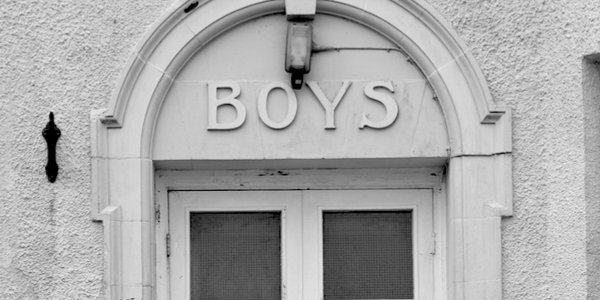 The problems afflicting our children become ever more depressing. A recent report, ‘It’s just everywhere’: A study on sexism in schools – and how we tackle it, illustrates where mixed, or co-ed, schooling has taken us.

It is a survey commissioned by the National Education Union and UK Feminista. Although it is feminist-inspired and over-concerned with the politically correct concepts of ‘sexism’, it would be unwise to dismiss it. The study was conducted by the Institute for Employment Research at the University of Warwick, a leading international social science research centre.

What it brought to light should concern us all:

• More than a third (37 per cent) of female students at mixed-sex schools have personally experienced some form of sexual harassment at school.

• Almost a quarter (24 per cent) of female students at mixed-sex schools have been subjected to unwanted physical touching of a sexual nature while at school.

• Almost a third (32 per cent) of teachers in mixed-sex secondary schools witness sexual harassment in their school on at least a weekly basis. A further 36 per cent say they witness it on a termly basis.

Equally disturbing was the discovery that only 14 per cent of pupils who experienced sexual harassment reported it to a teacher. Amongst teachers, more than a quarter (27 per cent) admitted to not feeling confident in how to deal with such incidents even if they were brought to their attention.

What is going on in our schools makes the Palace of Westminster look like a monastic retreat.

The importance of the study is that it has highlighted a problem that cannot be ignored. When it comes to the solutions, however, the report is hopelessly inadequate. This is all too common a failing in the delusional world of the Blob, the educational establishment. Occasionally, it is able to diagnose problems but almost unfailingly it is useless at providing solutions.

This time it is calling on the Department for Education to ‘issue guidance’, to ‘create a fund . . . to provide capacity-building support to schools’ and to ‘ensure the curriculum for relationships and sex education (RSE) . . . is designed to prevent sexism and sexual harassment’. This strategy is also known as ‘whistling in the wind’! Teenage boys, in particular, are going to have a ‘laff’ whatever the high-minded feminist zealots at the DfE or Ofsted may decree. ‘Boys will be boys’, as they say, and nor are girls always the victims that the Blob would prefer them to be.

Sometimes solutions to educational problems are so simple that they elude the ‘experts’. It happened back in the 1980s, for example, with the decline in reading standards. Solution? Restore the teaching of letter and letter-blend sounds. It has taken three decades for this message to get through to the block-headed Blob and, even today, there is plenty of resistance.

Similarly confused thinking has characterised the battle over examination standards. Achieving high pass rates through dumbing down syllabus content was never going to work. Now we are moving towards slightly more rigorous exams but with a ‘good pass’ achievable at around 15 per cent. This manipulating of grade boundaries is not going to work, either. No sane person believes that ‘all our kids are brilliant’, which was the claim of the head of Ofqual, the body that oversees exam standards. Why cannot governments see obvious truths and exercise some common sense?

What, then, should be done about the epidemic of sexual harassment in our schools? The solution is quite simple. Make single-sex education the norm, certainly at secondary level. This would have the added benefit of encouraging more girls to choose so-called boys’ subjects such as physics, maths and computing, and more boys to choose ‘girly subjects’ such as English, foreign languages and art.

Many older school buildings still display separate entry signs for boys and for girls – quaintly old-fashioned they may seem, but perhaps they can teach us a thing or two.