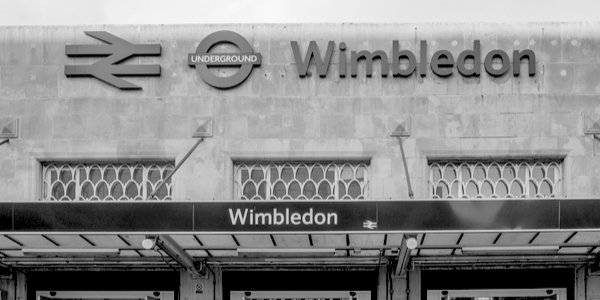 Equality zealots and human rights enthusiasts can at times behave in slightly curious ways. Events in south Wimbledon in the last few months bear this out.

Last year the Labour-controlled council, Merton, needed land for a new secondary school. It also had a rather handsome late-Victorian community hall in Kingston Street that was surplus to requirements. The very successful (and incidentally very ethnically diverse) Wimbledon Elim Pentecostal Church meanwhile worshipped in a large industrial, and remarkably unecclesiastical, grey-and-white warehouse owned by it on a barren estate roughly where the school needed to be. For its part, it dearly desired more elegant and central premises. A swap was the obvious solution; not surprisingly, church and council eagerly embraced it. Faced with an inequality between the values to be exchanged, the council equalised the transfer with a promise to pay in addition for most of the building work to convert the hall for use as a church and church hall.

Was everybody happy at an amicable and serendipitous deal that also happened to be very good value for the ratepayers? No. As soon as the final deal was announced, there were vociferous protests. Why? The loudest objections came from the LGBT community. Their problem was that the Elim Pentecostal Church possessed strong views on homosexuality: so much so that, when asked whether after the swap it would be willing to host local LGBT groups in the church hall, it gave a pretty clear negative answer. In addition some councillors, possibly seeing a convenient bandwagon to leap on, stated their own objections to any payment going to help ‘a church whose attitudes and beliefs are understandably seen as homophobic by some’. And as if this was not enough, the Equalities and Human Rights Commission has now waded in, writing to the council ‘seeking clarification of the basis on which the remodelled premises will be available following disposal, specifically whether Elim will seek to rely on exceptions … in the Equality Act in deciding whether to hire the premises to particular groups or individuals’.

This is interesting, and troubling, for a number of reasons. For one thing, there seems to be an unattractive suggestion from the protesters that in acquiring land councils should not negotiate at arm’s length for the benefit of their ratepayers, but instead discriminate between different kinds of owner. Had the premises belonged to, say, a youth club or a society devoted to world peace, there would have been no objection to the council helping it relocate: but regarding an organisation with (entirely lawful) views that the great and the good disagreed with, the suggestion is apparently that the council should have simply served a compulsory purchase order, paid over the money and departed, leaving the Pentecostalists to their own devices. One might be forgiven for suggesting that local authorities should treat all organisations in their area even-handedly, whatever their beliefs or objects.

Secondly, for an organisation dedicated to promoting human rights, the EHRC seems to have a surprisingly arbitrary attitude as to which ones it wants to encourage. Its letter to the council makes clear its grave misgivings about the prospect that the Pentecostalist church might, having taken over the community hall, take advantage of ‘exceptions … in the Equality Act’ over who is allowed to use it. The exceptions the EHRC is talking about are, of course, those allowing the church as a religious body to derogate from equality laws by refusing to make facilities available to organisations opposed to its beliefs, such as LGBT groups.

But these rights are just as much rooted in human rights law as LGBT people’s rights to equal treatment (they derive from Article 9 of the European Convention, protecting the free exercise of religion). Not only is it curious to see an organisation set up to further human rights hinting broadly that they would much prefer it if certain such rights were not exercised; one does rather come away with the impression that the EHRC regards religious rights as tiresome derogations from the great equality project, to be kept in as small a compass as possible. In the US it has often been said that freedom of religion is seen by liberals as meaning freedom from religion: there are now some disturbing signs of this attitude spreading here.

Thirdly, it’s worth wondering just how much of this protest is based on genuine grievance, and how much on simple grandstanding. Venues for meeting in Wimbledon and Merton are not in particularly short supply, a point on which the council satisfied itself before it agreed to the deal in the first place. Nor, one suspects, are there very large numbers of specifically LGBT organisations chasing those venues that are available. For that matter, for an LGBT organisation to insist on hiring its meeting-place from an organisation which it knows disapproves of its aims would suggest to some people either a high degree of perverseness or alternatively a propensity for mischief-making. But on this whole issue it’s perhaps most tactful to leave the excellent readership of TCW to make up its own mind.