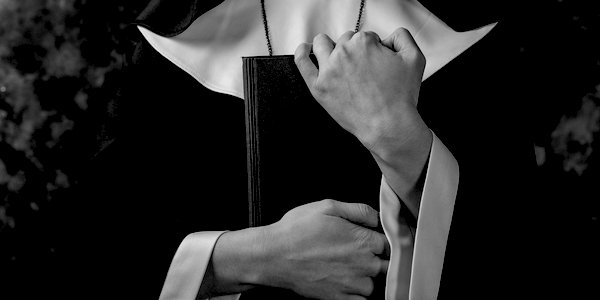 DURING the anti-lockdown Unite for Freedom rally London in May last year, protesters were greeted by Benedictine nuns who emerged from their convent on the north side of Hyde Park to hug them and shake their hands.

None of the nuns wore a mask and, without doubt, some were not vaccinated; they shared the scepticism over the restrictions on freedom held by the people they embraced on Bayswater Road.

Now the ‘Tyburn Nuns’ have been reported by the Archdiocese of Westminster to the Vatican following external complaints in connection with views some of them expressed about the Covid vaccination programme.

The archdiocese has no jurisdiction over the order – properly called the Adorers of the Sacred Heart of Jesus of Montmartre OSB – because it is a Congregation of Pontifical Right, answerable directly to Rome. So the complaints were referred to the Vatican’s Congregation for Institutes of Consecrated Life and Societies of Apostolic Life.

This dicastery, or department, could decide to initiate a visitation of Tyburn Convent. If anyone has it in for the nuns, they will now be rubbing their hands at the prospect of a severe penalty coming their way. This is because a visitation is a very serious matter carrying potentially grave consequences.

Only last week it emerged that the Benedictine Monastery of Santa Caterina in Perugia, Italy, was closed following a visitation which found the community to be functioning spiritually, economically and liturgically, but which objected to the refusal of the nuns to be vaccinated.

The last time a high-profile English religious house was subject to a visitation was in 2009, some four months before Pope Benedict XVI came to Birmingham to beatify St John Henry Newman.

It resulted in the evisceration of the Birmingham Oratory, the community founded by Newman, with three of its prominent members not only expelled, but removed from the UK. One was exclaustrated (banished and confined) to a monastery in Ireland, another was sent to join a religious house in South Africa and a third was packed off to a community in Canada.

Similar ‘internal housekeeping’ against the Tyburn Nuns would threaten one of the most successful female religious orders in the Catholic Church at a time when vocations among women have steeply declined.

Since the foundation of their order in Paris in 1898, and relocation a few years later to the site of the Tyburn gallows (upon which 105 Catholic men and women died as martyrs between 1535 and 1681), the nuns have opened convents in France, Ireland, Scotland, Italy, Australia, New Zealand, Colombia, Peru and Ecuador.

Pope Francis sent the nuns the gift of a golden chalice when the sainthood cause of their French foundress, Mother Marie Adele Garnier, was opened by the Bishop of Langres, France, in 2015 and three years later they welcomed the first Tyburn Monks as the order extended to accept men.

It would not be unreasonable to expect the Church might want to know more about the secret of the nuns’ success, to find out what makes them attractive and to learn from them. But its attitude to the pandemic is beyond the pale.

Even before the complaint was made against them, their position triggered correspondence between Mother Marilla Aw, the Mother General of the order and the daughter of two Australian doctors, and Auxiliary Bishop John Sherrington of Westminster.

An archdiocesan spokesman explained that ‘with respect to vaccines, the Catholic Church’s position is clear that take-up of the Covid vaccine is to be encouraged for the good of all’.

This was ‘clearly stated on a number of occasions’ in the correspondence, she added, and the bishop ‘shared the Pope’s comments and the guidance from the Catholic Bishops’ Conference of England and Wales in support of the vaccine programme.

‘He also expressed concern about the support that Mother Marilla had given to anti-vaccine protests and comments she had made criticising the vaccine programme.’

Mother Marilla responded by saying that as far as she was concerned the nuns have a right to make up their own minds about vaccination and by pointing out that Church teaching does not support coercive medication.

She cited the position set out clearly by the Vatican’s Congregation for the Doctrine of the Faith in December 2020 when it stated that vaccination was not a ‘moral obligation’ and must be ‘voluntary’. It also said vaccines must be ‘safe and effective’.

The latest figures from the UK Government’s Medicines and Healthcare products Regulatory Agency (MHRA), reported on this website, show however that one in every 117 people injected reported an adverse ‘Yellow Card’ reaction and more than 2,000 people have died directly as a result of a Covid jab. The MHRA itself says these figures could be only 10 per cent of the actual numbers.

The position of the Tyburn Nuns is further supported by the Oxford-based Anscombe Centre for Healthcare Ethics, the bioethics institute serving the Catholic Church in the UK and Ireland. It has opposed vaccination of children and has defended NHS and social care workers who refused to accept vaccine mandates, describing coercive vaccination as ‘profoundly unethical’.

It could be argued, therefore, that the Tyburn Nuns are simply following their consciences as well as the teachings of the Church.

This is more than can be said for the Vatican, which in December flouted its own rules by declaring that all employees must be vaccinated against the coronavirus or show proof of having recovered from it. Bishops in some US dioceses as well as in Austria, Germany, Australia and New Zealand have shown a similar appetite for vaccine mandates.

Bishops in the most liberal areas of the Western world are showing the greatest propensity for authoritarianism and the treatment of some sceptics has been heavy-handed indeed.

Take, for example, that of Father Emanuele Personeni, suspended because he made an anti-mandate pilgrimage across Italy in protest at all over-50s being forced to accept a Covid vaccination.

Bishop Francesco Beschi of Bergamo disowned him, declared vaccination to be a moral as well as a legal obligation and forbade parishes from hosting any of his talks.

The mayor of Bergamo urged Bishop Beschi to go further and to also suspend Father Alessandro Nava and Father Andrea Testa because they had joined Father Personeni in co-authoring a pamphlet against forced vaccination.

Yet surely it is not wrong to point out that while the vaccines may be effective in modifying the symptoms of Covid-19 and reducing hospital admissions, ventilation and death in some people, they are not wholly safe to others.

Nor is it offensive to say that not one of the vaccines has completed a phase three drug trial, so there is no data on any potential long-term adverse effects, such as what they might do to the fertility of young people.

Free and informed consent is the nub of the issue. But this, like in so many other areas of life and society, has been increasingly obscured within the Church by a global pandemic of healthcare demagoguery.

It doesn’t seem to matter to many people that both the 1964 Declaration of Helsinki – the cornerstone document on human research ethics – and the Nuremberg Code of 1947 embraced the principle of informed consent as an ethical and legal obligation of medical care.

But it does matter. People need to know about the efficacy and the safety of any medication for their consent to be informed, and if they are not convinced then none – nuns included – has a duty to accept it.

Consent not only means that any person with capacity may make a choice to accept treatment, but also that they may refuse treatment for any reason or for no reason. Even if their decisions seem unwise to others, they must be legally entitled to make them. It is what helps to keep everyone else free.

The official teaching of the Catholic Church in support of this is, as it stands, sound and correct. For those in authority to ignore such teaching while accusing others of misconduct is tantamount to hypocrisy. Jesus had quite a lot to say about that.