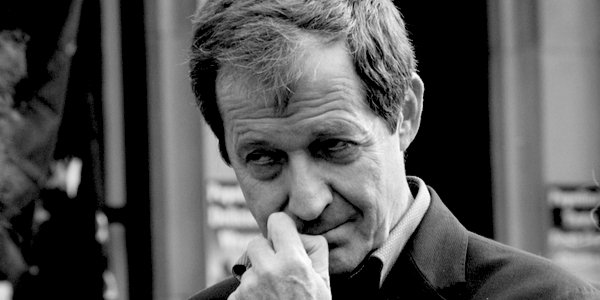 WHY is it that, every time I turn on Radio 4, there’s a ‘discussion’ group spouting anti-Brexit and pro-Climate Change Catastrophe stuff, and invariably involving passé panellist Alastair Campbell? It’s even worse when I inadvisedly turn to the culture pages of the Guardian, where it’s not just him but also his daughter Grace, at 25 a recognised stand-up, and doing woke media interviews.

All this helps to take the heat off Campbell himself, thrown out of the Labour party for having the chutzpah to vote Lib Dem and tell us all. As expected, much wittering about Malcolm Tucker-isms and the Momentum effect. But we came away with a gem: when asked about what the Labour Party represents, Campbell said, ‘They can parrot “For the many, not the few”, but they’re becoming a party of the few, for the few.’ Thanks for that, Alastair.

What really caught my eye was the end of the interview, where we were told that Alastair and Grace had asked their podcast guests to pick a six-a-side team, dead or alive, to change the world. These are their own choices:

Well, Anna Wintour might be able to ensure we are all well, if expensively, dressed, and Angela Merkel might just get Alastair an EU pension. Far more enlightening was Grace’s choice – ranging from a druggy reggae musician to a transgender model and activist. But just look at her No 1 – AOC herself. Not many politicians are known by their initials, although JFK actually made it as such to the Presidency. AOC, congresswoman for New York City’s 14th District, has also set her sights on the White House, and pretty well every teenager, celeb and stand-up is stacking up behind her.

Whereupon she took a job as waitress and bartender to support her now widowed mother. And set her sights on a political career, to represent her people in the Bronx and Queens. She has described them as ‘black, indigenous, Spanish, European’ and even claims a bit of Sephardic Jewishness. (But doesn’t mention American . . . ) At 29, she is the youngest woman ever to serve in Congress, and she is making the most of it. What’s her secret?

There seem to be two strands to her massive popularity:

Her policies are pure progressive Left, which certainly resonates with her constituency. Medicare for all; a federal jobs guarantee; her famous Green New Deal; abolishing immigration and customs enforcement; free college and trade school education; and a 70 per cent marginal tax rate on all incomes over $10 million. Hmm – does America have a magic money tree? The package is not going down well with US taxpayers, but is madly popular with the burgeoning un-taxed electorate. How does she get away with these uncosted promises?

That’s where the second strand comes into play: the social media presence. When we were young, we relied totally on political manifestos, hustings speeches, and doorstep canvassing. We judged politicians on what they said and wrote and committed to. Now the scene has shifted, to the brief hash-tag soundbite, the attention-seeking image. Young Alexandria is a master craftsman in this new political technique. And they follow it all, mesmerised, like the little children of Hamelin who couldn’t resist the grooming of the Pied Piper. (At least he got rid of the rats, unlike the streets of social media.)

How does it work? According to Buzzfeed, it’s something to do with fandoms and anti-fandoms. (No, I don’t get it either, but try reading the article.) She’s not unlike The Donald in this. Voting intentions are now heavily social media-dependent. All you leaflet posters are wasting your time.

But at least a leaflet told you something if you could be bothered to read it. Tweets and YouTube filmettes just give you slogans, soundbites, whatever the media has culled from the latest TV appearance and posted as the ‘essence’. Then it all goes viral. Much of it inaccurate, even fake news, but eagerly gobbled up by the hash-tag sound-bite junkies. It’s dangerous and subversive, infantile and propagandist. All that hate stuff. Witness the placards: F*** Trump; Farage out; F*** America; Impeach him; Let’s get down there with the LGBTQ+ massive . . .

For a bit of light relief, it’s all summed up in this send-up posted on YouTube: I just love it when she says: ‘93 trillion dollars – d’you know how much that is? Me neither.’

It’s out there, and growing. And it doesn’t augur well.