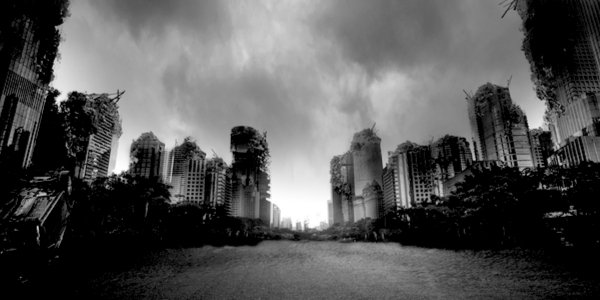 I CAN neither sleep at night nor concentrate on my work by day for the sound of right-thinking people stamping their feet and shouting their protests: ‘This has to stop!’ or ‘Something must be done about that!’

It’s not as if we live in fear of a revolution. The revolution has happened, and the old order is vanquished; all our institutions are permeated by the neo-Marxist ideology. The new dogmas are set in stone.

It is not just a question of a tyrannical government imposing its novel strictures on an unwilling population. The Government itself is subject to the real holders of power in our transformed and perverted institutions. A Home Secretary, for instance, might dearly wish to impose stiffer sentences on convicted violent criminals, but is unable to do so because the newly-corrupted legal system won’t allow it.

There is now only a national impotence: an ideologically induced paralysis which renders social morality impossible. The police don’t police; the universities don’t teach; the Civil Service is so antipathetic to our centuries-old English traditions – a polity which has sustained this country since 1066 – that it may be compared to occupation by a foreign power which is working against our national interests and the common good.

Everything is being transformed/obliterated: the libraries, the museums, the National Trust, the schools very thoroughly. How thoroughly? Well, four-year-olds are being given the option of changing their sex. Agriculture has fed the world for 10,000 years but my grandson in secondary school is taught that farming is destroying the planet.

We are making ourselves poor by the absurd policy of Net Zero. It is a form of national suicide.

Radio and TV are emasculated. Just one example from an infinite number: Nigel Rees has resigned after 46 years chairing Quote Unquote – because he was being compelled to feature more diversity. [See David Keighley elsewhere in these pages today.]

Films, even, especially, children’s films. Just look at how wholesome movies such as Swallows and Amazons and The Secret Garden have been remade in the foul image of wokery. Compare Five Children and It with the new version Four Kids and It. The clue is all in the new title, isn’t it?

My beloved church and my other beloved religion, cricket, destroyed, and from within.

The shepherds appointed to care for the sheep are devouring the sheep.

And at the bottom of it, our language is revolutionised so that free speech is not merely disallowed: it is rendered impossible because the vocabulary in which we used to exercise this right has been done away with.

Even our compassion is circumscribed by poisonous euphemisms: my pity is aroused and my charity encouraged when I hear of the predicament of a cripple. But his condition is sanitised and the stricken himself is patronised when he is only a wheelchair user. The evil in the new usage is in the fact the name of his indisposition has been trivialised, but the reality of his affliction has not. I might give a tenner to a poor woman, but if she is only underprivileged why should I bother? A prostitute or a whore points to a moral truth, but sex worker abolishes morality. Abortion speaks of sadness and loss. Termination is only the end of a bus route. Male and female created He them. But even these fundamental biological differences have been done away with.

In spite of all the shouts and foot-stamping, the regime which I have here described is not going to go away. When a canoe is drifting dangerously downstream, something might be done to rescue it. But once it has gone over the waterfall, there is no chance it can get back up again. This is a picture to illustrate what we have experienced in what T S Eliot called a dissociation of sensibility. The boat is already smashed, irretrievable – and so is Western civilisation.

‘Civilisations sometimes perish because they are forcibly broken up by the armed attack of enemies without or revolutionaries within; but never from this cause alone. Such attacks never succeed unless the thing that is attacked is weakened by doubt as to whether the end which it sets before itself, the form of life which it tries to realise, is worth achieving.

‘On the other hand, this doubt is quite capable of destroying a civilisation without any help whatever. If the people who share a civilisation are no longer on the whole convinced that the form of life which it tries to realise is worth realising, nothing can save it.’