NewsPaperthe art of publishing
HomeNewsApologising for the L’Oreal hijab model fiasco is not enough. The damage...
86

Apologising for the L’Oreal hijab model fiasco is not enough. The damage is done 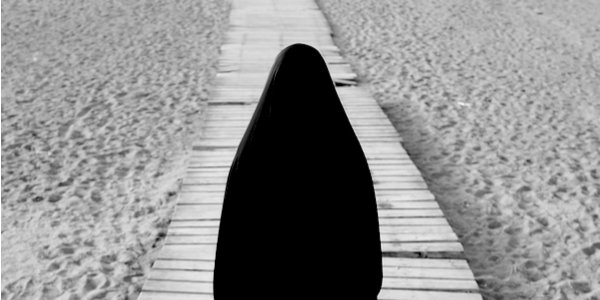 Amena Khan’s brief career as a L’Oreal model is over. In a rather surreal move, the cosmetics giant hired the hijab-wearing Khan to advertise hair products. In the photographs Khan’s smile hid her ugly hatred of Israel. But thanks to a small number of writers Khan has been held responsible for her animosity towards Jews.

The beauty blogger and L’Oreal apologised for her vile anti-Semitic tweets. Both are vapid apologies – mutterings about being sorry for causing offence and how diversity must be championed. Except when Jews are involved, of course. Her now deleted tweets are vicious lies, typical of the blood libels against Jews perpetrated by Islamists and their useful idiots.

Free speech is essential. It gifts us with knowing the truth and in a free society we can challenge lies. And lies will always have consequences. Khan’s fabricated statements on Israel, claiming it to be a terrorist state and that it attacks babies, inflame anti-Semitism. Given that Khan has thousands of social media followers, the impact of her insidious lies must not be underestimated. Anti-Semitic discourse, especially on Israel, must be protested against. We all know where anti-Semitism can lead to if left unchecked.

Khan has yet to explain why she thought it appropriate to incite thousands of her followers to murder half the world’s Jewry and also invoke a lie that Goebbels would have been be proud of – that Israel is committing genocide of the Palestinians. A quick glance at the Palestinian population statistics would show this to be false. But Khan’s apology is too late. Her acolytes’ comments on her Instagram page are full of hatred for Israel and show just how dangerous it is for an Islamist woman to be championed like this.

L’Oreal claims that it only recently became aware of Khan’s disingenuous tweets. Maybe this is true. Or perhaps L’Oreal’s board of directors, and their partner in the campaign, the Prince’s Trust, did know about them but thought the content insignificant, given the currently acceptable malignant rhetoric on Israel.

L’Oreal has a murky past when it comes to Jews and I suspect this dictates its attitude towards Israel. The company’s French founder, Eugene Schueller, was a Nazi sympathiser. His daughter Liliane married Andre Bettencourt, who wrote anti-Semitic articles for a Nazi publication and was accused of firing a board member because he held Israeli citizenship. In 2004 a Holocaust survivor took L’Oreal to court for refusing to return her family home to her after it was confiscated during the Second World War and subsequently sold to an offshoot of the firm.

During the Hamas attack on Israel in 2014, Garnier, a subsidiary of L’Oreal, donated products to female Israeli soldiers. After BDS (Boycott, Divestment, Sanctions) campaigners complained, Garnier issued a craven apology, citing ignorance. By glorifying Khan and her hijab L’Oreal might have been trying to repair a possibly damaged image among Muslim consumers. This was an immoral move and L’Oreal should apologise not only for enabling anti-Semitism but for also celebrating the hijab. While Khan was being photographed smiling in her pink hijab, Iranian women were being imprisoned and murdered for removing theirs. L’Oreal has become a proxy for Islamic fundamentalism.

Khan is also touted as a feminist icon. This encapsulates the twisted ideology of feminism in which the oppressive hijab is idealised, when it is actually a tool of misogyny. Feminism’s current obsession with celebrity Islamists, like Linda Sarsour, the co-chair of the 2017 Woman March, is invariably bound up in a stench of anti-Semitism.

In our dystopian present, a hijab-wearing woman has become an admired symbol of freedom. This is capitulation to religious fundamentalism, and forces us to self-censor. Any dissent from the party line of supporting Islamists and hating Israel can lead to furious accusations of racism and even imprisonment and loss of livelihood.

Perhaps this accounts for the mainstream media’s lack of interest in criticising this debacle. Publications such as Teen Vogue prefer to laud Khan by saying the advert is a ‘historic event’, influencing their youthful readers to see the hijab as inspirational rather than the oppressive symbol it really is.

There is nothing wrong with dressing modestly and covering hair. Other religions advocate this too. But in Islamist theocracies the choice not to do so is non-existent for millions of girls and women. And this form of religious fundamentalism is now fully entrenched in the West, thanks to feminism and weak European leaders. There is something very disturbing in seeing a small girl forced to wear a hijab – it denotes a loss of innocence. How can this, in any circumstance, been seen as a symbol of the emancipation of women? By promoting the hijab feminism has fallen so far down the rabbit hole it will never find its way back.

Islamism, aided by cultural Marxists and feminism, is at war with the West. L’Oreal and the Prince’s Trust should explain why they are disgracefully embracing this insidious ideology that seeks to destroy women’s freedoms and our Judeo-Christian tolerant way of life. Their ludicrous decision to use a hijab-clad model to advertise shampoo is a twisted act of virtue-signalling on a corporate level.

Perhaps L’Oreal thinks that this furore will evaporate now. But it should not. For it was not a woman in a hijab that made us uncomfortable but the promotion of medieval misogynistic values and of a model who uses her celebrity status to incite anti-Semitism.