NewsPaperthe art of publishing
HomeNewsAre US cops racist? The evidence suggests not
0

Are US cops racist? The evidence suggests not 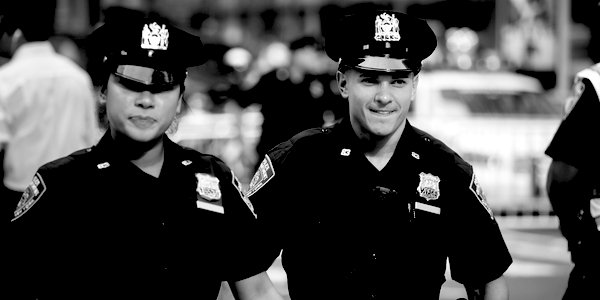 I’VE spent lockdown with a young American. He normally works in New York but got stuck in the UK and is in full-time employment doing something tech-y in the cloud. Over nine weeks he has taught me how to re-interpret news from America. What you see and how it is interpreted by our British media is often completely different from the facts.

In the extensive coverage of the George Floyd killing, there is no mention of the excellence of the US police force. The ‘woke’ companies such as Lego are vilifying them and are not going ahead with marketing for police-themed sets such as ‘Police Dog Unit’, ‘Police Bike’ and ‘Police Station’ while there are ‘Black Lives Matter’ marches and protests in the US and here in the UK

But are the US police racist? The statistics (pulled from the Statista website by my young American guest) would suggest they are not.

The US police made 10million arrests last year. Of those, 1,004 resulted in fatal shootings by the police. Shocking number, more than a thousand dead. But of those 1,004, only 40 were unarmed like George Floyd, and of those 40, 19 were white and nine were black. So the rate of error amongst the police is tiny. One death is too many, but George Floyd represents less than one per cent of deaths.

This week there have been protests in London that ended in arrests and shouting (‘Boris is a racist’) outside Downing Street. Somehow the protests have been captured by the Left. Of course, the Right and TCW readers agree that black lives matter. But the ‘fallacy of composition’ arises when someone (in this case the media) infers that something is true of the whole from the fact that it is true of some part of the whole. In this case a tiny part. It has happened in the US and we must be alert to it happening in the UK because the fallacy of composition is the first step in a swing to the Left.