Are you alt-right, Jack? 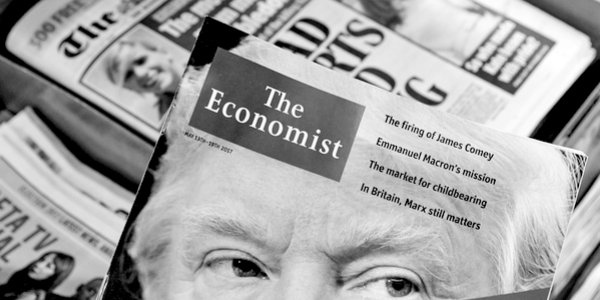 HAVE you noticed that ‘alt-right’ is the new Tourette’s syndrome of the leftist? I mean you cannot move these days without bumping into a member of the alt-right. They could be your Tory MPs Boris Johnson or Suella Braverman or now, it seems, Ben Shapiro.

Last week we pointed out the nastiness of the left going after Suella Braverman MP.

It was only a few days later that the Economist labelled Ben Shapiro ‘alt-right’. The original headline on the piece that included an interview with Shapiro was: ‘Inside the mind of Ben Shapiro, the alt-right sage without the rage.’

After considerable blowback, the Economist changed the heading late Thursday morning. It now refers to Shapiro as a ‘radical conservative’. It also issued an apology. It said: ‘This article has been changed. A previous version mistakenly described Mr Shapiro as an “alt-right sage” and “a pop idol of the alt right”. In fact, he has been strongly critical of the alt-right movement. We apologise.’

The Economist attempted to go inside the mind of Shapiro but instead revealed only what was going on inside their own minds – namely, not very much. It was just a pity they didn’t take a look at what Shapiro wears on top of his head, because if they did they would have seen a yarmulke. Ben, as pretty much everyone knows, in an orthodox Jew and if the alt-right are anything, they are virulently anti-Semitic. In fact, Ben Shapiro was their number one target of online harassment during the last Presidential election.

Journalist Anne McElvoy of the Economist, replying to Shapiro’s pushback against the original headline, said: ‘Hello Ben – in fairness I think we said sth like a figure in Alt-right thinking, but not really a “label”.’ That’s an interesting pivot right there.

Hello Ben – in fairness I think we said sth like a figure in Alt-right thinking, but not really a "label"

What is so depressing about all of this is ‘alt-right’ smearing including the latest slur against the most solid conservative thinker right now in the United States is that it comes from the Economist. Now I used to read the Economist, then it became too libertarian and yet sometimes leftist for me, and also very smug, so I stopped. However, until now I have not put it in the ‘crazy’ bucket of publications, yet here they are blurting out the term ‘alt-right’ like a toddler talks constantly about ‘poos’. It is sad to see, especially from Anne McElvoy who is a usually solid, well-respected journalist of a zillion years’ experience.

So there you have it. The term bigot has been upgraded to ‘alt-right’. Anyone, it seems, to the left of Bernie Sanders and Jeremy Corbyn can qualify to be alt-right these days. Even orthodox Jews.