NewsPaperthe art of publishing
HomeLaura PerrinsAre you open? Everyone else is
57

Are you open? Everyone else is 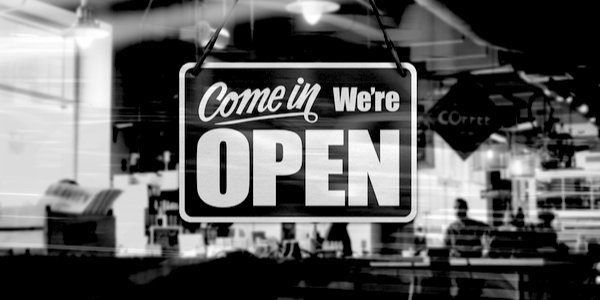 Are you open? I’m just wondering because it seems that everyone must be ‘open’ today. If you are open you are a ‘nice person’. You are also probably liberal and tolerant. And modern. Do not forget modern. Taken together, if you are all of these things: open, liberal, tolerant and modern, this means you are ‘going forward’ and, Lord knows, we all must be going forward.

Ruth Davidson is open, Michael Gove and Boris Johnson are open, even Jacob Rees-Mogg is open. Open to what we don’t know – immigration mostly. This is really what is coming down the road – the Great Tory Sell-Out on Immigration.

I understand part of the Brexit vote was to take back control of immigration, which is distinct from what our immigration policy should actually be (we can argue about that in Westminster). However, let’s not forget, as pretty much everyone in the Labour party and the Conservative party wants to, that large parts of the country did vote to leave to actually bring down immigration. It looks as if that is not going to happen – because we all must be open.

Being open really means opening other people’s schools, hospitals and housing stock to immigration, whether low-skilled or high-skilled. We are told ‘everyone agrees that we must have reasonable limits on low-skilled immigration’, but we never seem to get that system. And everyone, we are told, seems to agree we should have more high-skilled immigrants, such as the Indian doctors Jacob Rees-Mogg mentioned on the Daily Politics.

This all sounds lovely but I was not under the impression that we had a shortage of people wanting to become doctors in the UK. I mean surely there are a few children of Indian immigrants who actually live here and have been educated here who could become NHS doctors? Is that a mad idea? Am I going crazy?

I know why people say this – it is to make themselves look nice and not racist and moral. But I tell you what: I am not sure that importing even lovely skilled doctors to the detriment of our own children is that moral. And I am pretty certain that stealing doctors who were trained in India from India is not that moral either. Again, someone please let me know, does India have a surplus of doctors that they don’t need themselves? Thought not.

All this nonsense about being open, liberal, tolerant and above all ‘modern’ is just that – nonsense. It is public debate by adjective. I want to hear about policies – do you actually have any and what will their impact be on the national debt, for instance, and the next generation? We are all ‘going forward’ whether we like it or not. No one has a time machine.

What these oh-so-modern politicians want you think is that they are open, nice people and that anyone who opposes them is ‘closed’, which is bad. However, perhaps people are not closed but loyal. They have some loyalties to those already here, be it British blood folks or the Windrush generation or those recent arrivals who have entered the country lawfully. Perhaps all the ‘closed’ people have some loyalty to their next-door neighbour and feel uneasy at the prospect of their wages being undercut by unskilled labour.

Perhaps some people have a loyalty to their green spaces and don’t think it is a good idea to build a city the size of Newcastle every year on this small island so we can all be ‘open’ and forward facing.

In addition to this loyalty, these same people might not be that modern in that they attach at least some values to tradition. Remember that, Conservatives, when tradition was something your party valued, not for its own sake, but because but because there is something inherently valuable to it? Because it has stood the test of time for a reason? Values such as loyalty and duty and steadfastness should be recognised as a moral good. But you will not hear anyone talk about these values because it sounds all so old-fashioned, and heaven help us, you can’t be old-fashioned and ‘move forward’ at the same time.

So get out the bingo card the next time you listen to a politician and count how many times they say they are ‘open.’ It could mean they are nice people, or it could mean that they are disloyal to their neighbours and to their constituents. But it all sounds good. And that is what counts.