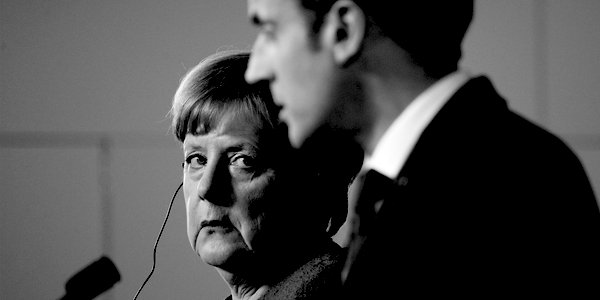 Have they no shame? All the leaders of France and Germany had to do was remember the dead and leave the politicking out of it. That was all they had to do for twenty-four hours, but even that proved too much for Macron and Merkel.

Instead they used Armistice Day to take a swipe at President Trump when they should have engaged in some quiet contemplation and said a simple Thank You to all the soldiers who gave their lives so that one day morons like Macron could become President of France.

President Macron said at a world gathering for the centenary of the Armistice that ‘old devils are re-emerging, new ideologies are manipulating religions and history is threatening to return to its tragic path’. He went on: ‘Nationalism is a betrayal of patriotism. By saying “our interests first” . . . we erase what a nation holds dearest . . . its moral values.’ The world is threatened with ‘fascination for withdrawal, violence or domination’ and future generations would hold our contemporaries responsible, he added.

I thought millions died in both World Wars because Germany had such little respect for national borders, but perhaps I am remembering it wrong. All of this was clearly aimed at Trump who ran on a campaign promise of putting America First and said he was proud to be a nationalist.

There is no other way of putting this: Macron really is an idiot. Does anyone believe that ‘nationalism is a betrayal of patriotism?’ Can you think of a more idiotic thing to say?

The word patriot comes from the Greek patriotes meaning ‘fellow countryman’ and where, might I ask, are you likely to find your fellow countryman? Probably in your own nation. Nationalism can be seen as devotion to one’s country – and to be devoted to your country probably makes you a patriot. As my fellow countrymen might say – Macron is a right muppet.

The President is also conveniently forgetting just what Trump’s ‘America First’ rally call was. It was really about staying out of ‘sand wars’ such as Iraq and Afghanistan. These were the two Bush wars that were strongly opposed by Germany and France who I guess were at the time putting France and Germany first. Who knows – it gets confusing.

Further, there is a difference between America First and America Only. America First means I am the President of the United States and I am here to put the interests of my citizens first and not start any further wars. It does not follow from this however that the United States would not come to the aid of an ally and liberate, for instance, for a third time, France should things go wrong in Europe . . . as they tend to do.

Then there was Merkel: ‘The concern I have is that blinkered nationalist views may gain ground once again.’ She denounced the ‘national vaingloriousness and military arrogance’ that led to the bloodshed of two world wars and said that people in Europe were now ‘calling into question the peaceful balancing of interests, even the European peace project’. Again, I would have preferred a moment of quiet contemplation and reflection from the person who has done more than anyone to destabilise the European Union by opening its borders to hundreds of thousands of refugees without first consulting her people. Talk about arrogance.

What is really galling about all of this is how Macron and Merkel and rest of them are using Armistice Day to push their version of national utopia – namely the less nation state and the more European Union integration the better.

I’m not an expert but I don’t believe that anyone would die for the European Union. Men don’t give their lives for trans-national institutions.

Most soldiers served and died for their country, something they were loyal to. Men are loyal to something they know, something they have lived and loved and that something is their family, their community, their country and the Crown. I am sure that many of them supported the European Union when it came into being – the idea that once bound together this mad slaughter could never happen again. But that is not quite the same thing as saying nationalism, and by implication the sovereign nation state, is a danger to peace and liberty.

It was the alliances between the European countries and the lust for empire and not respect for the nation state that turned what should have been a contained dispute into the Great War. Not that a moron like Macron would ever understand this.