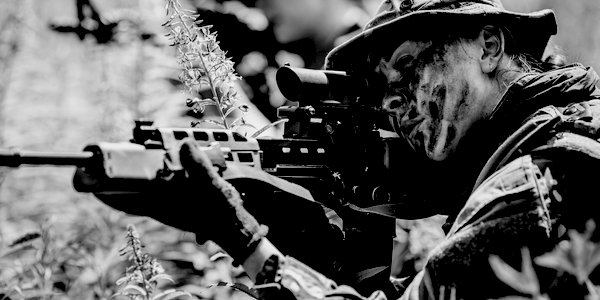 I always thought the Army was for the physically and mentally strong, with no room for people (like me), who aren’t. But the use of teardrops and supporting hands on shoulders in the Army’s new softly drawn animated recruitment ad suggests that not everyone agrees. It’s good that the advert lets potential recruits know that they shouldn’t face discrimination for their race, faith, sexuality or gender. But it also lets them know that the Army is a place of reassurance and emotional safety.

Soldiers can face enormous mental and emotional demands, from the crippling pain and distress of PTSD to simple homesickness, and everything in between. Of course they should receive the help and support they need but that doesn’t mean you should lead with these issues when you are trying to recruit. Armies are for the tough. You can’t get past that and we should expect our Army to discriminate accordingly. If you can’t cope with your corporal shouting at you for some minor or even imaginary infraction of the rules when you’re in your barracks in Aldershot, you’re never going to cope with being shot at. Battles don’t have safe spaces.

It’s true that the Army has a serious recruitment problem, but no one has proved it’s a lack of empathy that’s putting young people off. I think most of the soldiers I’ve known would laugh raucously at that idea. Do we need to rethink the whole issue? I’m sure there are still plenty of young people out there who could do the job, but we need to find them and find the right ways to encourage them to come forward.

Perhaps we could start by providing better facilities and kit for the Army cadets, an obvious gateway for recruits. Then put more effort into going into our schools and colleges to find the self-confident, bright and capable young people our armed forces need. Or even a few more public displays of pride in those men and women who already serve. These aren’t new ideas but we might be able to find the money to do them better if we cut back on the dafter ads or stopped doing things such as wasting £2million to come up with suggestions like dropping the Army’s ‘Be the Best’ slogan on the grounds that it is elitist. The Army should be elitist!

It’s good that the Army doesn’t want to discriminate on irrelevant grounds and is encouraging different people to apply, but representing our society properly doesn’t mean mirroring it perfectly. It will always be a special institution, suitable for some of us but not all. Let’s keep our Army looking tough and scary enough to deter at least some of those who mean us and our soldiers harm.